As China grows into the United States' biggest adversary in the world, the next president's attitude toward the communist superpower will largely determine whether the century is led by the U.S. or the People's Republic.

President Donald Trump's opinion on the matter is clear.

Four years before an underdog election victory catapulted the business mogul into the White House, Trump was already alerting Americans about the dangers of a rising China.

"We have to get tough with China," Trump warned in a 2012 Twitter post, "before they destroy us."

Trump was right, but by the time he took office, the growing imbalance took a costly trade war to correct. In the weeks before COVID-19 shut down the global economy this year, China was facing the slowest growth in three decades while American industry was roaring back to life.

Fortunately for voters, Democratic presidential candidate Joe Biden's thoughts on the matter are obvious as well.

"Let me be clear -- let me be clear," then-Vice President Joe Biden said during a 2011 visit to China, "I believed in 1979 and said so and I believe now that a rising China is a positive development, not only for the people of China but for the United States and the world as a whole."

Biden gave glowing praise to China for the country's rapid transformation over the past five decades, a process he claims lifted "hundreds of millions of people out of poverty."

His trip wasn't just about cheerleading the People's Republic, however.

The most important contact made on the trip appears to be with Xi Jinping, then the vice president of China. 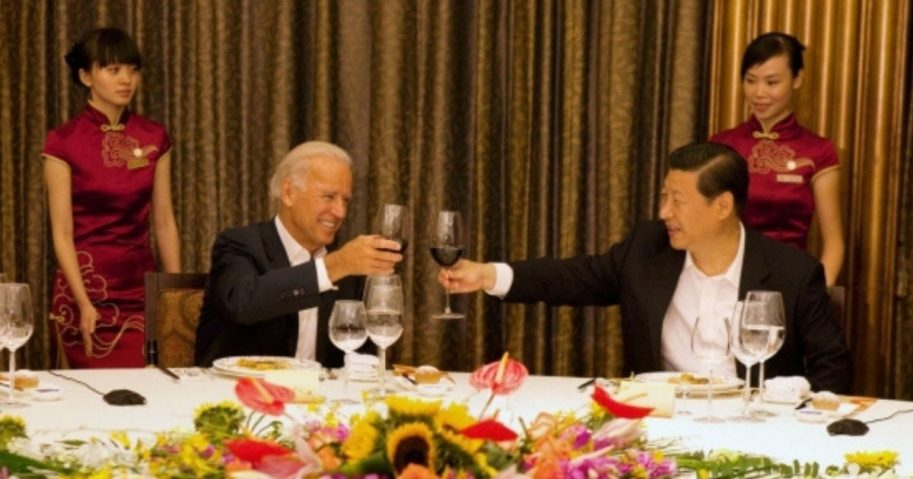 Coverage of the two politicians' interactions was minimal, and even Reuters then seemed to focus more on Biden's lunch order and jokes when reporting on the vice presidents.

Years later, as Xi Jinping ascended to the presidency of China, he never forgot his "old friend" Biden.

"Honorable Vice President Biden, let me again warmly welcome you to China, my old friend," President Xi said during Biden's 2013 visit to China. "You have long been committed to the growth of China-U.S. relations, and I commend you for the large amount of work you have taken."

In the seven years since Xi's glowing praise, the relationship between China and the United States has all but fallen apart.

Agents acting on behalf of China have infiltrated the U.S. armed forces, and one was even busted shipping military hardware and digital files to the communist regime.

The FBI even warns that the American visa system is actively being abused by agents of the Chinese government.

By now, it's clear that trusting China has failed.

The country's lies and deceit have seen our institutions infiltrated, our industries gutted, and a pandemic unleashed on the world.

Now, with Election Day only weeks away, the American people will head to the polls to decide the future of not only our country, but that of China as well.

Will the Middle Kingdom face a tough negotiator in Trump for the next four years? Or will President Xi enjoy the luxury of having an "old friend" in the White House?