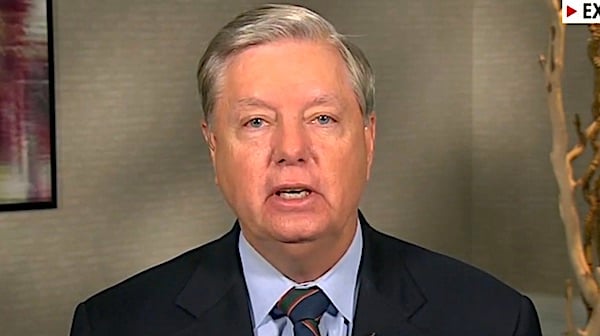 “This is going to be a long, contentious week,” Chairman Lindsey Graham (R-SC) noted dryly at the opening of yesterday’s hearing for Supreme Court nominee Amy Coney Barrett. His only request for the Senate Judiciary Committee was “to the extent possible, let’s make it respectable, let’s make it challenging, let’s remember the world is watching.”

Although Senate Democrats used their opening statements to focus on policy outcomes rather than judicial decision-making, Senator Josh Hawley (R., Mo.) forewarned Democrats not to “bring back religious tests” for judicial nominees. There is good reason to be concerned.

Chairman Graham should be keenly alert to questions challenging Barrett’s religious faith, and use his gavel to keep the hearings focused squarely on the Constitution.

During Barrett’s 2017 judicial confirmation hearing for the Seventh Circuit Court of Appeals, Senator Dianne Feinstein (D-Calif.) confronted Barrett: “Whatever a religion is, it has its own dogma. The law is totally different. And I think in your case, professor, when you read your speeches, the conclusion one draws is that the dogma lives loudly within you. And that’s of concern when you come to big issues that large numbers of people have fought for years in this country.”

Richard Durbin (D-Ill.), also of the Judiciary Committee and himself Catholic, asked more directly: “Do you consider yourself an orthodox Catholic?”

To oppose Judge Barrett because of her religious faith would not only be a political mistake. It is religious bigotry, and perhaps unconstitutional. And it undermines one of the most important principles of American liberty.

Before the American Revolution, the assumption was that every territory’s ruler determined the religion of its people. If the king of England was one religion, then so were his subjects. This intensified domestic religious persecution by justifying each religion in its efforts to forcefully convert or eliminate other believers in the same nation. Dissenting groups moved from one country to another in search of communities that would accept their form of faith.

Sixteenth-century England had seen some of history’s worst religious persecution. After King Henry VIII broke away from the Church of Rome and ransacked Catholic churches and monasteries, his daughter Mary tried to restore the Catholic faith by punishing and executing reformers, only to be followed by Queen Elizabeth, who punished and executed Catholics (and many others, such as the Puritans) in order to suppress all religions except the reformed Church of England. Catholic France and Spain launched plots against Elizabeth and sent naval forces to overthrow her, but all they accomplished was to reinforce her determination.

In the 17th and 18th centuries — after the Glorious Revolution of 1688 in England — there was some easing of the harshest persecutions but Test Acts were instituted to exclude anyone not a member of the Church of England — the official state religion — from holding government office, notably Catholics and "nonconforming" Protestants. One such Act, not repealed until 1829, required officials specifically to disavow the doctrine of transubstantiation, a central sacramental teaching of Roman Catholicism.

Long-suffering communities — Congregationalists, Presbyterians, and Baptists as well as Jews and Catholics — looked across the Atlantic for empty lands where they could worship God as they wished without fear of political oppression. And so, they came to America.

With all this fresh in their minds, the American Founders sought to prevent the return of Test Acts by adding a simple clause to Article VI of the Constitution: “no religious Test shall ever be required as a Qualification to any Office or public Trust under the United States.”

Thomas Jefferson voiced the new idea in the Virginia Statute for Religious Freedom: “proscribing any citizen as unworthy the public confidence by laying upon him an incapacity of being called to offices of trust and emolument, unless he profess or renounce this or that religious opinion, is depriving him injuriously of those privileges and advantages to which, in common with his fellow citizens, he has a natural right.”

What the Constitution does require — and the Judiciary Committee has an obligation to assure — is that “all executive and judicial Officers, both of the United States and of the several States, shall be bound by Oath or Affirmation, to support this Constitution.” Just as Senators must not be grand inquisitors, so judges must not be legislators. Their sworn duty is to uphold the Constitution and the laws made in pursuance thereof.

Instead of a religious test, the American founders included a constitutional test to assure that the Constitution would be “the supreme Law of the Land.” Thus the standard of measure for a Supreme Court Justice — and the primary means, setting aside questions about pending cases, by which the Judiciary Committee aids the Senate in providing its advice and consent — is the nominee’s understanding of the Constitution and the constitutional rule of law.

Since Democrat’s can’t attack Judge Barrett for being faithful to the Constitution, they present her religion as evidence of an irrational dogmatism that prevents her from being able to uphold their “living” Constitution — continually evolving to include the various penumbras and emanations by which liberal justices can find anything in the Constitution.

Let’s not miss the point here: questioning the seriousness of Judge Barrett’s religion is a pretext for protecting liberalism’s own unwavering faith in abortion and the doctrines of cultural progressivism — despite the founder’s Constitution. Senators who require as a qualification for office that Judge Barrett renounce her religious faith in order to uphold their political theology are, to my mind, applying their own religious test.

Senate Democrats rightly suspect Judge Barrett of being unfaithful to their elastic constitutionalism and loyal to the original Constitution. Guilty as charged. The problem is that modern liberalism holds that fidelity to the old Constitution, like faith in religious truth, is unreasonable and unacceptable.

Using religion as cover to attack a Supreme Court nomination — whether a Jew nominated by a Democrat in 1916 (Louis Brandeis) or a Roman Catholic nominated by a Republican in 2020 — is reprehensible. It is unacceptable, and ought to be roundly condemned on both sides of the political aisle, and in the aisles of every house of worship. It should also be unacceptable to make religious faith a stigma in order to advance a political agenda.

As the first American president in 1790 famously wrote to the Hebrew Congregation in Newport, Rhode Island, the American Constitution “which gives to bigotry no sanction, to persecution no assistance, requires only that they who live under its protection should demean themselves as good citizens, in giving it on all occasions their effectual support.”

Matthew Spalding is the Dean of the Van Andel Graduate School of Government at Hillsdale College’s Washington, D.C. campus.