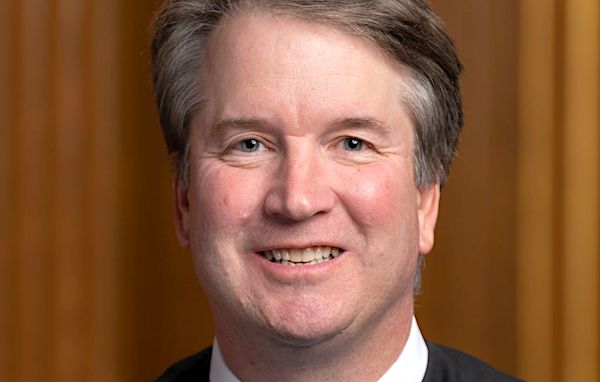 Republicans control the Senate Judiciary Committee. They need to act like it. As hearings on the nomination of Amy Coney Barrett to the Supreme Court begin Oct. 12, it is vital that committee Chairman Lindsey Graham not allow a repeat of the debacle that occurred during the confirmation process for Justice Brett Kavanaugh two years ago.

No sane person would want to relive the pornographic pig circus that took place when Kavanaugh’s reputation was besmirched by Senate Democrats wallowing in a seemingly endless supply of mud they had trucked in just for the purpose of destroying a conservative nominee. The hearing room should have been hosed out after Dianne Feinstein, Kamala Harris and the rest of the Democrat smear squad were finished with their cynical attacks on a good man.

Alas, there is no guarantee that the Democrats won’t seek a repeat of such partisan attacks when they get a chance to grill Barrett next week, which is why Graham needs to forget about bipartisanship and rule the committee with an iron hand.

His predecessor as chairman, Sen. Chuck Grassley of Iowa, is a kind and decent man, who got rolled by the Democrats when they unveiled their outrageous allegations of assault and gang rape against Kavanaugh. Graham must forgo any effort to emulate Grassley and should instead take as his exemplar of efficient hearing management the execrable Adam Schiff, who ran the House impeachment hearings against President Trump as if they were the Salem witch trials. The evidence he wanted was included, no matter how spectral, and the evidence he objected to was withheld, no matter how essential.

The best example was Schiff’s blocking Republicans from questioning witnesses about their relationship with alleged whistleblower Eric Ciaramella. On Nov. 19, 2019, Rep. Devin Nunes was questioning Lt. Col. Alexander Vindman about President Trump’s phone call with the president of Ukraine when Schiff blocked a line of questioning regarding the people whom Vindman had confided in about the call.

No one ever held Schiff accountable for his rulings as chair of the committee, even though they were arbitrary and capricious. Nor, I suspect, would there be any recourse for Democrats if Graham were to shut off certain lines of questioning of Judge Barrett, so he ought to do whatever is necessary to protect the decorum of the Senate. Remember, Graham will be using his power not to corrupt the proceedings, but to protect their integrity.

Most of the complaints against Barrett so far have centered on her Catholic religion. Some senators seem to believe that her faith makes it impossible for her to vote to uphold the precedent of Roe v. Wade and allow abortion to continue to be a constitutional right. That overlooks the obvious argument that many strenuous supporters of abortion, such as Speaker Nancy Pelosi and Joe Biden, are practicing Catholics. It should be noted as well that Justice William Brennan Jr., who was part of the original majority deciding in favor of a woman’s right to abortion, was also Catholic. Evidently, there is no predisposition to vote against abortion based on religion.

But even if there were, Sen. Graham must stop any members of the Judiciary Committee from questioning Barrett about her private religious beliefs. That’s because the Constitution explicitly prohibits such questions. Article VI, Clause 3, says that “no religious Test shall ever be required as a Qualification to any Office or public Trust under the United States."

There is no exception, but that didn’t stop Feinstein, the ranking Democrat on the Judiciary Committee, from grilling Barrett about her Catholicism when she was being confirmed for her current job on the 7th Circuit Court of Appeals. Unfortunately, Sen. Grassley allowed his colleague to trample on the Constitution with her now-infamous line of questioning.

“Why is it that so many of us on this side have this very uncomfortable feeling that dogma and law are two different things, and I think whatever a religion is, it has its own dogma. The law is totally different,” said Feinstein, herself a non-lawyer. “And I think in your case, professor, when you read your speeches, the conclusion one draws is that the dogma lives loudly within you. And that’s of concern.”

Of course, the law and dogma are two very different things, which is why Feinstein’s statements were so inappropriate. “You are controversial,” Feinstein told Barrett in 2017, “because you have a long history of believing your religious beliefs should prevail.”

If Feinstein or anyone else on the committee were to ask a similar question, they should be rebuked by Chairman Graham, and the witness should be instructed not to answer. Be Schiff, not Grassley. What is appropriate for both the senators and the judge is to honor the second part of Article VI, Clause 3, of the Constitution:

“The Senators and Representatives ... and the Members of the several State Legislatures, and all executive and judicial Officers, both of the United States and of the several States, shall be bound by Oath or Affirmation, to support this Constitution.”

That oath of support for the Constitution clearly forbids senators from applying a religious test to Amy Coney Barrett, and it also provides a blueprint for what kinds of questions are appropriate to ask the judge. Not questions about cases pending before the court. Justice Ruth Bader Ginsburg rightly refused to answer any such questions, and Barrett will do so, also.

But since the oath focuses on the Constitution, so too should the senators’ questions. Just what does it mean to you, Judge Barrett, to support the Constitution? How will you do so? If you have to choose between the Constitution and a personal belief or opinion, which will prevail?

If Barrett’s answers to those questions are what we expect, then she should be unanimously recommended by the committee and unanimously confirmed by the Senate.