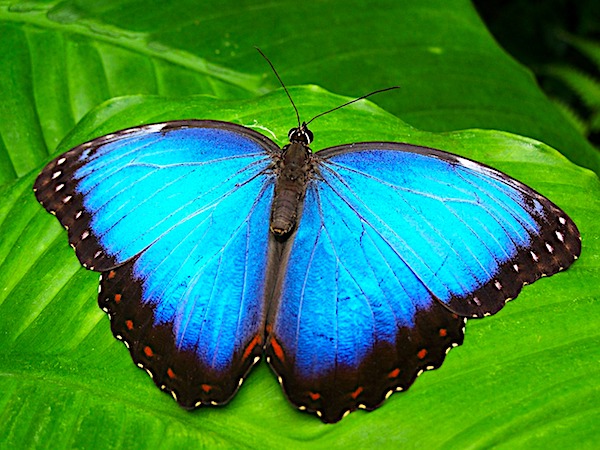 President Trump has never been shy about communicating his sweeping vision for clean air, crystal clean water, and conservation. While the Left may have dismissed the idea that he could be the “great environmentalist,” those words ring true for many Americans. For far too long, the Left has pursued ineffective and unworkable policies that unnecessarily put jobs and economic growth at risk, rather than achieving practical results. This all changed with the Trump Administration, where actions speak louder than words and there is no higher priority than fighting for American families and workers.

From the beginning, President Trump has supported conservation and environmental stewardship. In 2018, he signed the John D. Dingell, Jr. Conservation, Management and Recreation Act, expanding recreational access to public lands and supporting land and water conservation. This past August, he also signed the Great American Outdoors Act, which is the most significant conservation funding legislation in American history. This legislation will protect and improve our national parks and public lands, preserve our national treasures, and give more American families opportunities to explore the great outdoors.

No President has advocated more strongly for active forest management, and President Trump has directed agencies to prioritize reducing wildfire risk on millions of acres of Federal lands. President Trump has also affirmed America’s commitment to promoting international conservation efforts by announcing that the United States would join the One Trillion Trees Initiative to plant, conserve, and restore trees on American soil and around the world.

The President has directed more efficient implementation of air quality standards, and America’s air is cleaner today than we have seen in recorded history. Emissions of common air pollutants declined by 7% since 2017, and will continue to decline in the coming years. In 2019, the U.S. had the largest absolute decline of energy-related carbon dioxide emissions of any country in the world.

To ensure safe, reliable water supplies for all Americans, the Trump Administration has facilitated investments of over $38 billion in clean water infrastructure and has delivered upgrades for numerous projects, including Everglades and Great Lakes restoration projects. Agencies are completing environmental reviews to modernize water systems in the Western United States, and improving water forecasting and technologies to improve reliability. Water quality will continue to improve, thanks in part to the Administration’s first major regulatory update to reduce lead in drinking water in nearly 30 years.

President Trump also signed the Save Our Seas Act to reduce marine debris, and the U.S.-Mexico-Canada Agreement includes the first-ever provisions in a trade agreement that take on the challenge of land and sea-based pollution and waste management. Last fall, the Administration convened a White House ocean summit, bringing together Federal and non-federal partners for the first time ever to develop next-generation ocean science and technology for the conservation, management, and balanced use of our oceans. The Trump Administration designated the first national marine sanctuary in nearly 20 years at Mallows Bay in Maryland. The Administration is also working to expand sustainable American aquaculture, and the number of U.S. fish stocks at sustainable levels is near a record high.

The Administration remains steadfast in its commitment to cleaning up contamination in our most vulnerable communities. Last year, the Environmental Protection Agency (EPA) deleted all or part of 27 Superfund sites from the National Priorities List, the largest number in a single year since 2001. At the same time, EPA advanced Superfund work nationwide, including the Hudson River cleanup, one of the largest river cleanups in history.

The Trump Administration is also investing in scientific research to enhance our predictions and preparedness and better understand our environment. President Trump signed into law the Weather Research and Forecasting Innovation Act of 2017 and the National Integrated Drought Information System Reauthorization Act of 2018, which both improve Federal systems for weather forecasting, monitoring, and communicating about extreme weather events. President Trump is restoring the preeminence of the United States’ operational forecasting skills, equipping Americans with better information and protecting both lives and property.

President Trump’s leadership has resulted in a record of bold environmental accomplishments and promises kept for the American people. His actions demonstrate that we can address real-world environmental challenges without overburdening working families or destroying businesses. Over 100 years ago, President Theodore Roosevelt warned: “This country will not permanently be a good place for any of us to live in unless we make it a reasonably good place for all of us to live in.” By following Teddy Roosevelt’s legacy of conservationism, President Trump is making this country not only reasonably good, but great for all Americans.

Mary Neumayr is Chairman of the White House Council on Environmental Quality.