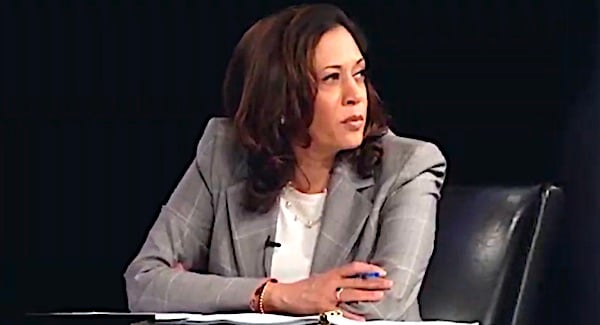 In a previous life as a tour guide in the Eternal City of Rome, I would explain Raphael’s famous “Athens School” in the eponymous rooms and former papal apartments inside the Vatican. There the two most consequential philosophers in history are side by side: Plato pointing up to the world of ideas, and Aristotle pointing down to the world of matter. We need ideas, I would argue as a philosophy student, big lofty ideas which propel us to greatness. Ideas of traveling across the ocean, unafraid to fall off its edge. Ideas of life, liberty, and the pursuit of happiness which codify man’s unalienable rights. Ideas of a new way to power the world.

But those ideas must live in this world because we live in this world. The idea of a high-speed rail connecting Los Angeles and San Francisco is great. The reality is this idea is now projected to cost $98 billion and not be completed for another decade if at all. With a population of 40 million people, that’s $2,450 per Californian. With ticket prices estimated at $86, every resident of the state needs to buy 28 tickets to break even. Yes, ideas are great, but reality can be brutal.

Here’s another more familiar example inspired by Plato: Obamacare. Yes, the idea of government making healthcare more “affordable” was noble, but the harsh reality is that premiums increased by 60% while the number of insured increased. So nebulous and complex the Obamacare idea that the Speaker of the House Nany Pelosi made it clear: “pass the bill so you can find out what’s in it.” Even she knew the idea would not stand up to reality, so much so that a decade and trillions later “healthcare” is still a subject in this presidential election.

Perhaps there is no better illustration of the unstoppable power ideas colliding with the immovable object of reality than in the “green energy” space. The chasm between fact and fiction is monstrous, and Plato and Aristotle have stop debating just punch each other nonstop. I won’t pretend I’m not unbiased: I am an advocate for fossil fuels. Green energy is fascinating, and it has a bright future, but its disciples are wedded to the idea alone, and they have zero tolerance for reality interfering with it. When one prominent documentarian criticized green energy by highlighting its shortcomings and questioned the financial incentives of its proponents, green activists demanded the film be banned. They claimed the filmmaker, longtime progressive activist Michael Moore, was peddling in “misinformation” and his ideas were “dangerous.”

That Raphael painting needs an edit so Plato is only pointing to “good” ideas.

It isn’t Michael Moore’s fault that green technology uses a tremendous amount of fossil fuels. The idea of solar panels is great, but the reality is they need 1000 times more land, 90% of the rare earth elements they require come from China, the quartz in their cells is mined and then smelted by burning coal, they degrade at roughly 1% each year and are almost inefficient after 10 years, and with every rainstorm they leak toxic materials into the groundwater. The realty of solar panels is that that largest solar farm in America at 3200 acres produces 579 megawatts which is about 1/24 the electricity needed to power New York City. The idea of a green New York City is celebrated. Try implementing it, Plato.

I read the recent RealClearInvestigations “The Red Hot, Hardly Serene, and Green vs. Green New Deal ” in this light: ideas vs. reality. The idea of green technology is far too often embraced as a reality, and when implemented, the very advocates are caught in the middle. The Kennedy family, known for all things progressive, used their power to stop a wind turbine farm as it would be unsightly off the shore of their summer compound. Georgetown University was stopped from cutting down a forest to build a solar farm. Progressives battling progressives like a multiple personality Plato.

Vince Bielski, author of the Real ClearInvestigations piece, points out that battle over a proposed Ohio wind farm between the green loving Sierra Club and the bird loving Audubon Society. “Ohio regulators ordered that the wind farm would have to shut down at night” to keep the blades from killing birds. But it’s very hard, one could say impossible, to generate electricity from wind turbines which don’t move… and years of lawsuits have not resolved this not because there is not solution, but because there is not Aristotle to be the adult in the room and lay out the facts.

Know what generates electricity and doesn’t kill birds? Natural gas plants. “Yeah, but natural gas….” The fossil fuel haters will say. Yes, they are not perfect. They have limitations and drawbacks, and as an Aristotelian I’m happy to sit down and lay them out honestly. Are the green activists? They won’t even allow Michael Moore – MICHAEL MOORE – to make a documentary.

Green is not perfect. Green is not a cure all. Green is not even “green,” and until its proponents are mature enough to get their head out of the world of ideas and plant their feet in the world of reality, green technology will continue to collide with reality: dead birds, land grabs, and in the case of California, blackouts.

From your hot water for your shower to your hot coffee from the machine, from plastics and medicines, same-day shipping and imported goods, your reality, our reality is a world of fossil fuels so plentiful that even Joe Biden and Kamala Harris cannot wean themselves off the convenience of private jets. Fossil fuels are reliable, abundant, inexpensive, and utterly domestic. You may not like the idea of them, but boy oh boy, do you like the reality of them. Go ahead, go without them for a single day, Plato, and then come back to me with your green ideas. I’ll be waiting.