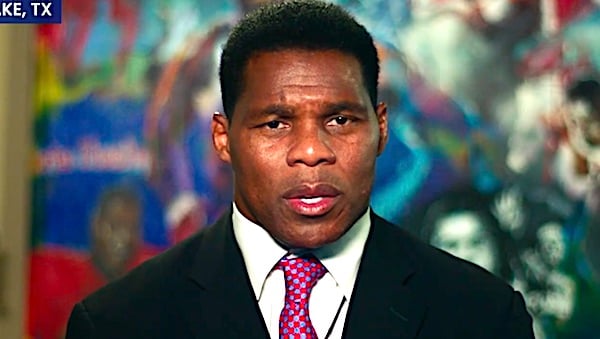 All the talk by politicians during this election season about slavery reparations amounts to "pandering," according to NFL football great Herschel Walker.

Walker, who spoke in support of President Trump at the Republican National Convention, has volunteered to send activists who want to defund the police to nations without them.

During the Democratic National Convention, he chastised Democrats for playing the race card.

"You all have been in office for years and have done nothing for African Americans. Every four years you do this for a vote," he said.

Now, the Heisman Trophy winner believes the Democrats should back off their push for paying reparations for slavery.

In an interview with Fox News host Martha MacCallum, Walker addressed Democratic Gov. Gavin Newsom's signing of a law that creates a new task force to look into reparations.

Newsom said in a statement: "As a nation, we can only truly thrive when every one of us has the opportunity to thrive. Our painful history of slavery has evolved into structural racism and bias built into and permeating throughout our democratic and economic institutions."

"What they are trying to do now is pander for a vote," he said.

He cited the old adage about teaching people how to fish, rather than giving them a fish.

National Democratic leaders have suggested that some form of reparations might be appropriate, while Republicans warn the price tag could reach trillions.