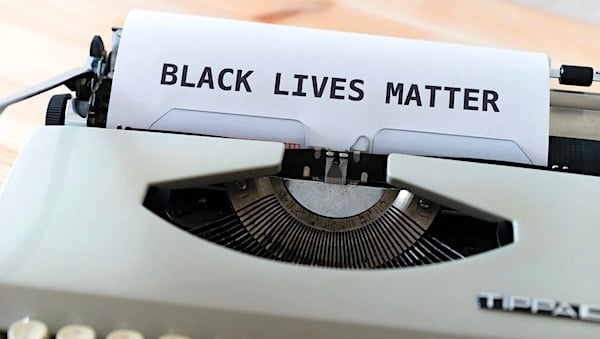 The FBI should investigate evidence of ties between a pro-China group and a co-founder of Black Lives Matter that may have contributed to unrest in U.S. cities, seven House conservatives told The Daily Signal.

Banks, a member of the Republican Study Committee’s China Task Force, said he will call on the Justice Department to investigate “this relationship” and determine any violations of the Foreign Agents Registration Act.

“We need to protect ourselves from foreign interference with additional legislation,” Banks said. “I urge my colleagues in Congress to pass my bill [the Countering Chinese Propaganda Act] that would authorize sanctions against the United Front Work Department of the Chinese Communist Party.”

Mike Gonzalez, a senior fellow in The Heritage Foundation’s Allison Center for Foreign Policy, has written three articles for The Daily Signal (here, here, and here) exploring the financial connection between Black Futures Lab, a project of Black Lives Matter co-founder Alicia Garza, and the Chinese Progressive Association in San Francisco, a pro-China group founded by Marxists nearly 50 years ago.

The Chinese Progressive Association is the “fiscal sponsor” of the Black Futures Lab, according to the latter’s website.

A columnist for The New York Times took issue with Gonzalez’s conclusions, saying that the former journalist had “conflated two nonprofits with the same name.” But Gonzalez fact-checked the Times’ article and wrote that the facts point to links among three Chinese Progressive Association entities in San Francisco, Boston, and New York.

The CPA organization in San Francisco, Gonzalez wrote, “is a left-wing group that from the beginning has been a supporter of China’s communist revolution and whose members want revolution here in America.”

The Chinese Communist Party’s United Front Work Department is “the agency responsible for coordinating these kinds of influence operations,” according to the U.S.-China Economic and Security Review Commission.

Rep. Jody Hice, R-Ga., told The Daily Signal that he agrees with Banks: The Justice Department should investigate.

“The riots that have rocked America involve funding, organization, and planning—yet, even after nearly four months, we still don’t have a clear picture of who is pulling the strings behind the scenes,” Hice said in a written statement, adding of Gonzalez’s research:

The Heritage Foundation has uncovered more evidence of foreign involvement in the riots than was ever produced by the left’s bogus ‘Russia collusion’ conspiracy theory. These developments should be a tremendous concern for us all, regardless of our politics.

Americans have the constitutional right to protest and demand change, but we also deserve to know who is orchestrating the nightly violence and terror unfolding in our cities. We already know that many of the Black Lives Matter leaders—including co-founder [Patrisse] Cullors—are openly Marxist, and their connection with communist China merits an investigation by Congress. I have formally requested that Attorney General Bill Barr and the Justice Department brief the House Oversight Committee on the ‘anti-fascist’ groups spearheading this unrest, and I am committed to exposing all actors—both foreign and domestic—who are responsible for this lawlessness. It’s time we demand the truth.

Rep. Andy Biggs, R-Ariz., chairman of the House Freedom Caucus, told The Daily Signal in a podcast interview Monday that the FBI should get involved.

“The point is  … when will we see the Federal Bureau of Investigation?” Biggs said, adding: “That’s what they’re supposed to be doing, investigating these people and bringing [their resources] to bear. ”

The Daily Signal requested comment on the need for an investigation from House Speaker Nancy Pelosi, D-Calif., Senate Minority Leader Chuck Schumer, D-N.Y., and Senate Majority Leader Mitch McConnell, R-Ky., but did not receive a response by publication deadline.

The Daily Signal also sought comment from Republicans and Democrats on the Senate Foreign Relations Committee, but did not receive any responses by publication time.

Rep. Paul Gosar, R-Ariz., said he is concerned about the apparent ties between pro-China groups and an organization led by Garza, a major Black Lives Matter founder. He said officials should investigate under the Racketeer Influenced and Corrupt Organizations Act, known as RICO.

“If it turns out the Progressive Chinese Association is linked to the CCP [Chinese Communist Party] and that funding for rioters and arsonists is coming from China, the DOJ needs to immediately track the banking trail and institute RICO actions against BLM [Black Lives Matter] and others.”

The revelations reported by Gonzalez, said Rep. Ted Budd, R-N.C., should be a wake-up call to Americans.

“China is not America’s friend, and they are not a force for good in the world,” Budd said. “So it would make sense that they would sow division in the U.S. to distract from their authoritarian actions.”

Remember, this is a regime that covered up the coronavirus, operates Uighur concentration camps, and is eliminating the autonomy of Hong Kong. I would support an investigation into any and all attempts by the Chinese Communist Party to interfere in our country’s domestic affairs. Moving into the 2020s, we should treat the CCP like the adversaries that they are.

“This country has endured months of senseless violence,” Green said in a written statement provided to The Daily Signal. “Now, it has been reported that an organization closely affiliated with the Chinese Communist Party is funding Black Lives Matter activists.”

The American people deserve to know who is responsible for the violence that has destroyed lives and livelihoods and caused upheaval in our cities—and whether China has played a role in fueling that unrest. Congress should immediately open an investigation into the extent of the CCP’s subversive activities in America.

Rep. Russ Fulcher, R-Idaho, told The Daily Signal that America needs to know the details of who is behind the ongoing rioting and unrest in American cities.

“The funding specifics of these violent riots are extremely important to examine and make available to the public,” Fulcher said. “Earlier this month, I joined a group of my Republican colleagues to sign a letter to Attorney General Barr, asking him to begin an investigation into these funding avenues and the groups responsible.”

The Daily Signal is the multimedia news organization of The Heritage Foundation.