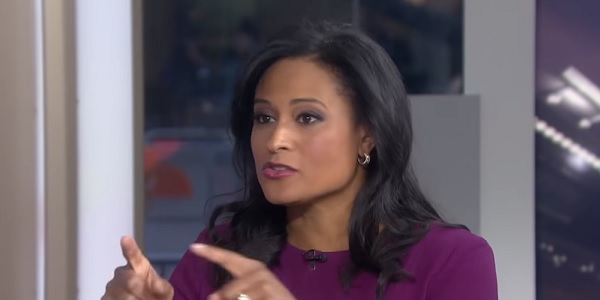 The moderator for the final debate between President Trump and Joe Biden on Thursday will display the same bias as the others, warns former Gov. Mike Huckabee.

"I think she's gonna walk in with a hammer in her left hand for President Trump and a bottle of oil in her right hand for Joe Biden and she's going to give him a back rub the entire evening," Huckabee told Fox Business anchor Stuart Varney.

He was referring to Kristen Welker, the NBC News White House correspondent who is known for her scathing style of questioning.

She once demanded during a January 2019 confrontation: "Mr. President, yes or no. ... Have you ever worked for Russia. Yes or no?"

Huckabee said the bias displayed by moderators chosen by the Commission on Presidential Debates, a panel of longtime Washington insiders, "has to stop."

Are moderators in presidential debates biased toward Democrats?
94% (50 Votes)
6% (3 Votes)

President Trump has blasted Welker as "terrible & unfair, just like most of the Fake News reporters."

The Gateway Pundit noted that in 2016, Welker was caught tipping off Hillary Clinton's communications director, Jennifer Palmieri, about an interview question.

The moderator chosen for the canceled second debate, Steve Scully, was fired for lying about his Twitter page being hacked with anti-Trump text message.

Scully was suspended by C-SPAN for making the false claim.

I was right again! Steve Scully just admitted he was lying about his Twitter being hacked. The Debate was Rigged! He was suspended from @cspan indefinitely. The Trump Campaign was not treated fairly by the “Commission”. Did I show good instincts in being the first to know?

"I was right again! Steve Scully just admitted he was lying about his Twitter being hacked. The Debate was Rigged! He was suspended from @cspan indefinitely," Trump wrote. "The Trump Campaign was not treated fairly by the 'Commission.' Did I show good instincts in being the first to know?"

C-SPAN said in a statement "We are very saddened by this news and do not condone his actions. Starting immediately, we have placed Steve on administrative leave. After some distance from this episode, we believe in his ability to continue to contribute to C-SPAN."

The debate commission previously claimed that Scully did not send the tweet.

Critics also noted Scully worked as an intern during college in the Senate office of Joe Biden and later Sen. Ted Kennedy. During the 2016 campaign, Scully shared a New York Times op-ed headlined "No, Not Trump, Not Ever."

During the first debate, President Trump called out moderator Chris Wallace of Fox News for interrupting him as he tried to answer a question about Obamacare.

"I guess I'm debating you, not him," he told Wallace.

"Chris had a tough night," Trump later tweeted. "Two on one was not surprising, but fun," the president wrote. "Many important points made, like throwing Bernie, AOC PLUS 3, and the rest, to the wolves! Radical Left is dumping Sleepy Joe. Zero Democrat enthusiasm, WEAK Leadership!"