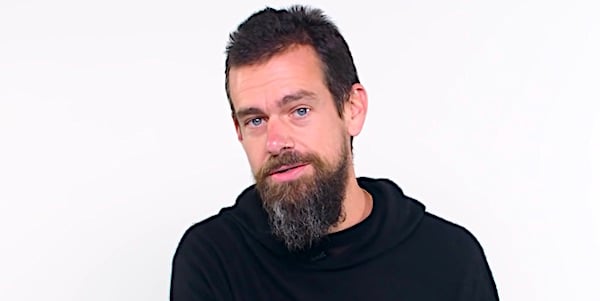 He wrote a letter to Dorsey demanding he justify his company's actions "immediately."

One email purportedly contradicts Joe Biden's claim he never talked about his son Hunter's lucrative business deals in Ukraine and China while he was vice president during the Obama administration.

The Post reported Thursday Hunter Biden said in an email a business deal in China that would pay him $10 million would benefit not only him but his family.

Sen. Ted Cruz, R-Texas, held an impromptu news conference Thursday during a break in the Senate confirmation hearing for Judge Amy Coney Barrett to announce the plan to subpoena Dorsey and Zuckerberg. Cruz said he wants Dorsey to "explain why Twitter is abusing its corporate power to silence the press and cover up allegations of corruption."

Jordan later a letter to Dorsey asking him to explain why Twitter thought the Post article violated its "Hacked Materials Policy," why Twitter reduced availability of the article, which employees made that decision, why Twitter censored the House Judiciary Committee, whether any Twitter workers had communications with the Biden campaign or other Democrats, and how the censorship "is not a publisher function" under the Communications Decency Act.

Also, the congressman wants to know whether Twitter's protection of Joe Biden would be reported to the Federal Election Commission "as an in-kind contribution to the Biden campaign."

Jordan wrote: "On October 14, 2020, the New York Post published an explosive report detailing how Hunter Biden used the influence of his father, then-Vice President Joe Biden, for personal gain—apparently with Vice President Biden’s awareness. This article also casts doubts on Vice President Biden’s earlier denial of ever speaking to Hunter Biden about his international business dealings. Despite the article’s obvious relevance to public policy, congressional investigations, and the upcoming presidential election, Twitter prevented its users from sharing the link to the Post’s article and appended a warning notice when users clicked on the link, calling the material 'unsafe.' Twitter also censored the official House Judiciary Committee website, where we had reposted the Post article in an effort to enable the public to access the article around Twitter’s information control."

He continued: "Twitter’s intervention to stop the dissemination of election-related information in a way that helps Vice President Biden’s candidacy raises serious questions about election interference and reinforces the fact that Big Tech is biased against conservatives. The Post article reported on Hunter Biden’s email correspondence with Vadym Pozharskyi, an executive at the corrupt Ukrainian company Burisma, whose board Hunter Biden had joined in April 2014. In a May 2014 email, Pozharskyi urged Biden to leverage his influence to help Burisma and its founder Mykola Zlochevsky stop a domestic Ukrainian investigation into the company."

For example, he said: "A report by Chairman Ron Johnson and Chairman Chuck Grassley based on U.S. Treasury Department documents showed 'potential criminal activity relating to transactions among and between Hunter Biden, his family, and his associates with Ukrainian, Russian, Kazakh, and Chinese nationals.' In particular, Hunter Biden allegedly received $3.5 million from the wife of the former mayor of Moscow, and he also allegedly sent 'thousands of dollars' to individuals involved in human trafficking and organized prostitution."

Jordan said that because the presidential election is only three weeks away, "we ask that you provide these answers immediately."