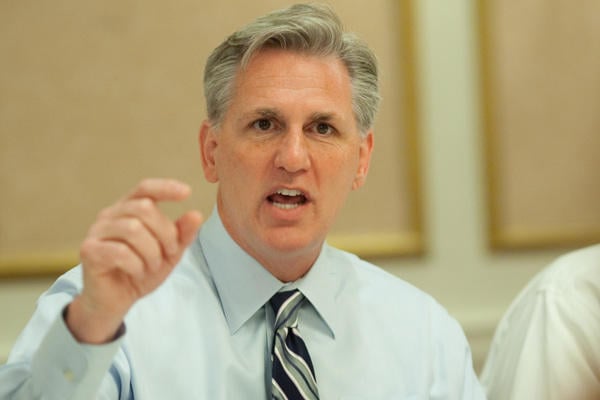 House Minority Leader Kevin McCarthy wants all major media outlets to wait to call the 2020 election winner “until every polling center has closed,” McCarthy said in a letter to outlets Wednesday.

“Americans will be watching their television and monitoring their social media feeds anxiously awaiting the results of the election. And understandably, the competition within the media to be the first to deliver those results is intense,” McCarthy wrote.

“But media bragging rights should not supersede Americans’ voices. Any media organization that declares a winner of the presidential election before polling centers have closed will unquestionably disenfranchise Americans who have not yet voted,” he added.

Media that declares a winner of the presidential election before polling centers close will unquestionably disenfranchise Americans who have not yet voted.

I wrote a letter to the heads of major news orgs to request patience in calling a winner until all polling centers close. pic.twitter.com/k2RtoK5YSs

Due to the inability to count important battleground states’ mail-in-ballots until the day of the election, there is a possible situation where the presidential election winner may be unknown until after Nov.3, The Hill reported.