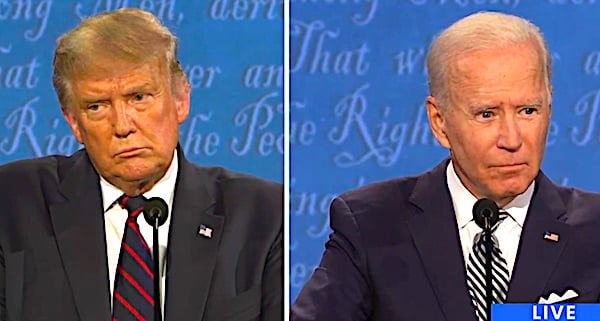 The moderator of the first presidential debate, Fox News' Chris Wallace, has been accused by President Trump and many Republicans of favoring Joe Biden.

Now, the moderator of the second debate, Steve Scully of C-SPAN, us under scrutiny for apparent bias against Trump in his tweets over the years.

And the Gateway Pundit noted that while in college, Scully was an intern for Joe Biden's Senate office and worked in Sen. Ted Kennedy's media affairs office.

In a Cable Center interview in 2011, Scully said his internship with Biden was his "first chance to really see politics up close in Washington, D.C."

He spoke of campaigning for Democrats, beginning with Jimmy Carter, with whom he had his picture taken at the time.

In 2016, Scully tweeted a link to a column by New York Times columnist David Brooks against Trump's candidacy titled "No, Not Trump, Not Ever." 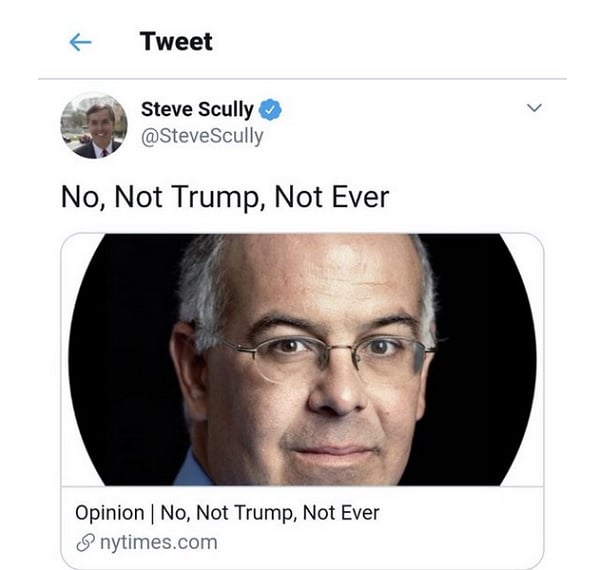 Quit the lame attacks on @SteveScully of @cspan, who's scheduled to moderate next debate.

Many good reasons to challenge biased debates. This is NOT one of them.

"I was a mailroom intern for Dem Sen Bill Bradley 29 yrs ago. … Many good reasons to challenge biased debates. This is NOT one of them," she wrote.