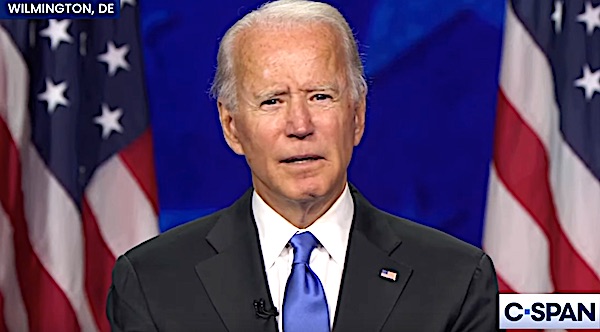 Pushing back on the establishment media's dismissal of the New York Post's reporting on Hunter Biden's emails as "unverified," the paper's editors laid out the facts in an editorial.

The board said Sunday night it's "particularly rich that The New York Times has fixated on the 'unverified' excuse, since it's spent much of the Trump era offering supposed dirt from anonymous sources — which, by definition, makes the info unverifiable."

The editorial began with three points in defense of the Post's reporting, which has been dismissed by many Democratic leaders and media pundits as a Russian disinformation campaign.

Other media outlets, the editors note, have interviewed the owner of the Delaware computer repair shop who claims Hunter Biden abandoned a laptop with emails detailing his lucrative business deals in China, Ukraine and other nations while his father was vice president. The owner, John Paul Mac Isaac, has "said exactly what we’ve reported from the start about how the laptop came into his possession."

Further, the editors pointed out that neither Hunter Biden nor Joe Biden has questioned the claim that the emails are genuine. Instead, Joe Biden chastised a CBS News reporter for bringing up the issue, calling it a "smear campaign."

The editorial also argued the paper has published emails and photographs, "most of which have nothing to do with Ukraine or China — that contain an extraordinary level of detail."

"Is that all fabricated?" the editors ask.

They note the Biden campaign's response to a purported email from a Burisma official thanking Hunter for an introduction to his father.

Is Joe Biden hiding something in connection with his son's overseas business dealings?
99% (275 Votes)
1% (2 Votes)

The campaign initially argued the meeting doesn't show up on Biden's official schedule. But when pressed by Politico, the campaign acknowledged it couldn’t say for certain that Biden didn't have a "cursory" meeting with the Burisma official.

The editorial pointed out the reporting by the Times and others of anonymously sourced claims of Trump-Russia collusion that turned out to be false.

"Now, suddenly, with a trove of information — which, again, the Bidens aren't even claiming is false — these same outlets want to ask endless questions about the chain of evidence. A chain of evidence that The Post has been up-front and open about," the editor's wrote.

"Desperate for Biden to win, they want to sink the story with innuendo rather than actually report on it. Don’t ask too many questions, and you can dismiss it all as "unverified.'"

Liberal journalist Glenn Greenwald, a co-founder of The Intercept, tweeted he can't "quite recall a media propaganda campaign this blatant and shameful as journalists unifying to call a story 'Russian disinformation' even though 1) there's no evidence Russia was involved and, more importantly, 2) nobody - nobody - denies the published emails are authentic."

Can't quite recall a media propaganda campaign this blatant and shameful as journalists unifying to call a story "Russian disinformation" even though 1) there's no evidence Russia was involved and, more importantly, 2) nobody - nobody - denies the published emails are authentic. https://t.co/dT3EdwPvjf

Fox News reported one of the people copied in a May 13, 2017, email that includes a discussion of "remuneration packages" for six people in a business deal with a Chinese energy firm confirmed its authentiticy.

It identifies Hunter Biden as "Chair/ Vice Chair depending on an agreement with CEFC," the now-bankrupt CEFC China Energy Co.

The email includes a note that "Hunter has some office expectations he will elaborate. A proposed equity split references "20" for "H" and "10 held by H for the big guy?" with no further details.

Fox News sources who said "the big guy" was a reference to the former vice president.

Investigative reporter Adam Housely posted on Twitter an image he described as an email from Hunter Biden's lawyer to the repair shop owner asking that the laptop be returned.

Here ya go....this is the email sent to John Paul by Hunter Biden's lawyer. It is in reference to returning the laptops. Also...the attorney said Hunter dropped em off in 2017. Nope..try April 2019. He didn't even know when he left em there. Redactions on this document are mine https://t.co/QszglOJV1d pic.twitter.com/VvEguJ0Cec

After Twitter and Facebook censored the Post's intial story on Wednesday, Biden was confront with it for the first time Friday at the Detroit airport.

"I have no response," Biden said. "Another smear campaign. Right up your alley."

However, in a Fox News interview Sunday, Biden campaign surrogate Jenna Arnold admitted that no one from the campaign has addressed the authenticity of the emails.

Anchor Leland Vittert said, "What is interesting is, I feel like you still have not answered the fundamental question, which is can anyone say that these emails are inauthentic and so far, I’ve not heard anybody say that.”

Arnold replied, “Yeah, I think that is fair. I don't think anybody is saying they are inauthentic or not.”

Despite being asked repeatedly, a @JoeBiden surrogate doesn't point out any specifics in @NYPost's report on Hunter Biden that's false. pic.twitter.com/9HbmXtzMnQ

Among the critics dismissing it as Russian propaganda is former Obama CIA Director James Clapper, who told CNN it was "textbook Soviet Russian tradecraft."

House Intelligence Committee Chairman Adam Schiff, D-Calif., told CNN over the weekend the story is part of a smear coming "from the Kremlin."

However, Director of National Intelligence John Ratcliffe said Monday in an interview on FOX Business' "Mornings with Maria" that "the intelligence community doesn't believe that because there is no intelligence that supports that."

"And we have shared no intelligence with Adam Schiff, or any member of Congress," he said.

Former George W. Bush speechwriter David Frum, who contributes to The Atlantic and other publications, said anyone who promotes the Hunter Biden story is an "accomplice" to an "obviously fake" story.

"The people on far right and far left who publicized the obviously bogus @nypost story were not dupes. They were accomplices. The story could not have been more obviously fake if it had been wearing dollar-store spectacles and attached plastic mustache."

The people on far right and far left who publicized the obviously bogus @nypost story were not dupes. They were accomplices. The story could not have been more obviously fake if it had been wearing dollar-store spectacles and attached plastic mustache.

"Yeah, it's so fake the subjects of the story — Joe and Hunter — won't come out and deny the authenticity of the e-mails, despite the gravity of the charges."