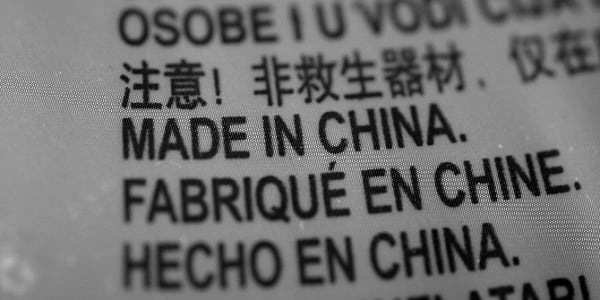 Regardless of whether Donald Trump or Joe Biden wins in November, the next president will confront both a divided America and a world in its usual disarray. Among the many foreign policy challenges facing the new administration, three are critical: China, Russia, and America’s own broken diplomatic instrument.

Trump’s biggest foreign policy accomplishment has been to reorient America’s China policy, discarding the three preceding administrations' naivete in favor of a clear-headed evaluation of China as a competitor and threat. This belated shift was probably inevitable, but Trump accelerated the end of America’s embrace of China as a purported partner in prosperity.

It won’t get any easier from here. China has both economic tailwinds and demographic headwinds. The latter is a far larger factor – “demographics are destiny” – but perhaps somewhat mitigated in an age of automation and artificial intelligence. The United States, meanwhile, is confronting massive debts, internal disunity, and the looming “Terrible Twenties” of major naval recapitalization that analysts have long warned about.

Despite the uncertainty his erratic tweets breed, President Trump has actually strengthened many of America’s partnerships in Asia. The other members of the Quad – Japan, Australia, and India – are critical to the region and vital U.S. national interests. They are likely to be America’s most important twenty-first century partners.

Biden sounds committed to continued strategic ambiguity on Taiwan. This is probably prudent, but it is no barrier to arming Taiwan to the teeth and helping it become a “porcupine nation” that can make China think twice about invading. The Taiwanese commitment to their own defense, however, is in question.

Asian allies are key, and a 500-ship navy would be nice, but the Sino-American competition's critical arena is likely to be economic and technological. The next administration must put America’s long-term trajectory ahead of Wall Street’s quarterly earnings calls and restore key industries and supply chains to at least the Western Hemisphere, if not to the United States itself. The COVID pandemic and America's initial shameful lack of capacity to make even basic personal protective equipment (PPE) should have been the needed wake-up call.

Perhaps U.S. – China technological separation can be limited, “small plots with high walls,” as tech billionaires like Eric Schmidt prefer. A broader decoupling and a de facto two internets may be where we end up. Regardless, both its 5G failure and the recent TikTok fiasco show that the United States has yet to get serious about its growing tech vulnerabilities.

Russia, that other remixed Cold War threat, is increasingly adjacent to China in American strategists' eyes. Yet Russia is a distinct and far lesser security challenge than China. President Obama's dismissing Russia as “a regional power” may not have been sound messaging to Americans or Russians. Still, it remains a more accurate assessment than the Russian hysteria that has gripped much of the American body politic for the last four years.

The past decade has shown that Russia remains a great power, albeit one with clear limits. The massive Red Army is long gone, replaced by a more proficient and agile Russian military that gets a maximum return on limited interventions like Syria. Russia has achieved many of its aims in its near abroad and has become an influential actor in the Middle East and North Africa. The Russians have assassinated spies and dissidents in Europe with little regard for the headlines. And while Russian interference in U.S. elections does not seem to have moved many votes, it has likely succeeded beyond its authors’ wildest dreams in disrupting and delegitimizing American politics.

Vladimir Putin’s Russia is America’s adversary, not an outright enemy. The United States must not let Russia fall into China’s camp. Whether one hearkens to Halford Mackinder’s Heartland Theory or simply does the math on defense spending, the power of a Russo-Chinese alliance is clear.

It is in America’s national interest to get past Russian provocations and our own politics and find a modus vivendi, however uncomfortable, with Putin’s Russia. Remaining in the Open Skies Treaty and renewing New START are good first steps. A broad nuclear framework and an accord on mutual political non-interference are potential long-term goals. America’s European allies will have their say, but most will probably welcome a lowering of tensions.

Some theorists argue that structural factors will prevent Russia and China from being more than partners of convenience. Perhaps. Even a limited attempt at an American reset with Russia could fail as completely as the last effort – though hopefully without a goofy prop. Nonetheless, the next administration should at least keep its options open and remain realist in its approach to Russia.

“Ending endless wars” has become a trope in American politics, thanks to Donald Trump. But the campaign promises of 2016 remain unfulfilled, with U.S. troops still in Afghanistan, Iraq, and a handful of other low-intensity wars across the Greater Middle East. Like Trump, Biden increasingly speaks of a smaller footprint and limited counterterrorism aims. A broader demilitarization of American foreign policy and restoration of the declining State Department should be among the next president’s foremost foreign policy goals.

Both the hapless Rex Tillerson and the swaggering Mike Pompeo gutted the State Department, presiding over a 16-month hiring freeze, plummeting morale, and an unprecedented politicization of the department. Morale at State is 13th out of the 17 large federal agencies, and vacancies are endemic, both overseas and in key positions at Foggy Bottom. In an increasingly multipolar world, the decline of American diplomacy is a critical vulnerability.

The U.S. military has, for decades now, filled the vacuum that the State Department has left. America’s senior generals have become proconsuls while her junior officers are told that they are diplomats too. One wonders why America hasn’t won a war in thirty years.

A Foreign Service ROTC program is overdue. America’s diplomats are every bit as important as her soldiers. As foreign service officers sometimes like to note, since Vietnam, the United States has had more ambassadors than generals killed in the line of duty. If Biden wants to be bold, he can take a page from Elizabeth Warren and end America’s archaic, corrupt practice of giving ambassadorships to campaign donors and other amateurs.

The ends, ways, and means of U.S. foreign policy are all in need of serious reappraisal and reform. The State Department is a good place for the next administration to start.

Gil Barndollar is a Senior Fellow at Defense Priorities and a Senior Research Fellow at the Catholic University of America’s Center for the Study of Statesmanship.