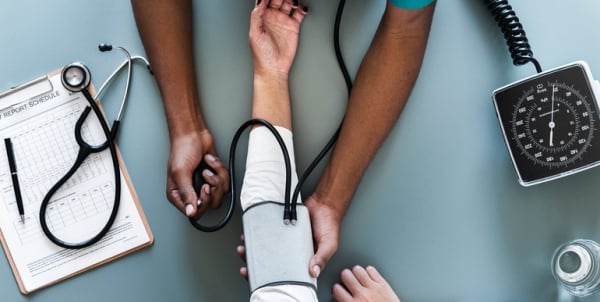 President Trump has announced another round of executive actions to reduce the cost of health care and protect Americans with expensive medical conditions.

In doing so, he reminds us of two things: first, that Congress remains deeply divided over how to improve our health care system, and second, that Americans’ differences on health care are really about means, not ends.

We all basically want the same thing. We want everyone to have access to the high-quality health care they need, when they need it, at a price they can afford.

And the truth is, in many ways our health care system already achieves that goal and does it rather well.

Americans report having shorter surgery wait times than are seen in most other advanced countries, and we enjoy some of the best cancer survival rates in the world. We also remain the world’s leader in developing cutting-edge technologies and life-saving therapies. And we have access to more drugs than in many other countries and to many new drugs before they are available abroad.

In other ways, American health care must be greatly improved.

Despite its many strengths, it can be complex, bureaucratic, and expensive. Too many families struggle to afford needed care and coverage. Tragically, many Americans go bankrupt from high medical bills – even some seniors on Medicare.

Unfortunately, some politicians want to double down on the same failed “solutions” that have caused these problems and are now pushing for a complete government takeover of health care.

One proposal, “Medicare for All,” would abolish all health insurance plans – including the existing Medicare program – and replace them with one-size-fits-all program that would be far more expensive than what we have now while providing less care.

Payments to doctors and hospitals would be slashed. At the same time, government spending would soar. The Congressional Budget Office estimates Medicare for All would cost taxpayers a mind-blowing $32 trillion over ten years, which would mean higher taxes on everybody. And it would eliminate the private health insurance.

Another proposal, the so-called “public option,” would do the same things, only more slowly. Supporters tout it as “moderate,” but there’s nothing moderate about it.

A government-run “insurance company” would “compete” with private insurers while also taxing and regulating them, until they are all driven out of business except – you guessed it – the government.

Our neighbor to the north, Canada, serves as a cautionary tale.

Private health insurance is effectively outlawed there, and health care is nominally “free.” Yet patients end up paying for it in other, devastating ways, including long wait-lists that lead to needless suffering, lost income, and preventable death.

Canadians receive fewer cancer screenings than Americans do and have higher mortality rates for certain cancers. While Americans enjoy access to 89 percent of new drugs, Canadians only have access to about half, because their government deems most new drugs “too expensive.” The average wait time in Canada for an MRI scan is more than two months – to be treated by a specialist, more than five months.

There’s a better way. Instead of a government takeover, we can fix what’s broken in our system while preserving what works. We can expand access to care, reduce costs, and protect the vulnerable – without breaking the bank.

A critical first step: Modernize the tax break for employer-provided health benefits. This subsidy, which dates from World War II, generously rewards people who receive health benefits from an employer, but offers no relief to people who buy portable, personally owned health insurance or who pay for medical care out-of-pocket.

The result is a tilted playing-field that, according to a long-standing consensus among economists, is a major driver of today’s rapid health care cost growth and lack of price transparency. We can go far toward ending unfairness and waste with two simple reforms:

Two, we should strengthen and expand access to workplace Health Reimbursement Arrangements (HRA). HRAs give people more choice and control by enabling employees to buy portable, personally owned insurance with tax-free money from their employer.

Additionally, we should reduce drug prices by removing needless bureaucratic hurdles. Right now, receiving regulatory approval for a new drug in the U.S. takes an average of ten years and nearly $3 billion. We can slash those figures without reducing safety by letting drugs be marketed as soon as they are proven safe, and by automatically approving drugs proven safe in countries we trust like Europe and Japan.

Instead of a “public option,” we need a personal option: a set of sensible, principled reforms that make American health care better, more affordable, and more accessible for everyone – without a government takeover.

Dean Clancy is a senior health policy fellow at Americans for Prosperity.