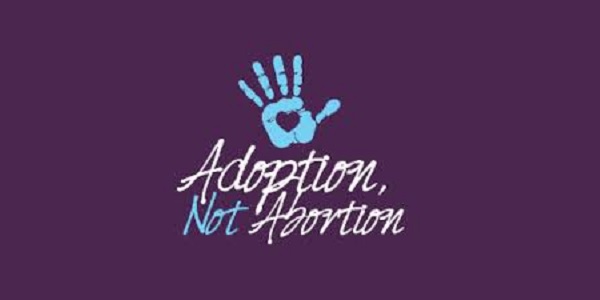 President Trump has moved to cut off Planned Parenthood's pipeline of public money in several ways.

But the abortion-industry giant still receives about half a billion dollars a year from taxpayers, many of whom oppose abortion based on their religious beliefs.

But that funding, under a second Donald Trump administration, could be in danger.

It's because Planned Parenthood faces accusations that it has overlooked evidence of sex trafficking.

And such organizations are barred from receiving tax money.

Operation Rescue said Planned Parenthood staffers "are actively fighting against the girls and young women of this nation who are victims of rape and humans ex trafficking."

"This," the report said, "should cost them their Medicaid provider eligibility nationwide, if President Donald J. Trump wins re-election.

"Thanks to President Trump and to the men and women of the U.S. Marshals Service, the Department of Homeland Security, and the FBI who fight the sex traffickers, thousands of women and children have been rescued and many hundreds of sex traffickers have been imprisoned," Operation Rescue said.

It cited a recent report from the American Association of Pro-Life Obstetricians and Gynecologists' report that "showed Planned Parenthood personnel are essentially fighting to protect those who engage in this despicable crime."

Operation Rescue President Troy Newman told WND: "It's clear the law is not on the side of Planned Parenthood. They have clearly been covering up child sex abuse and sex trafficking.

"Planned Parenthood has been an enabler for child traffickers."

He said such activities, confirmed through investigation and convictions, could allow the administration to remove federal funding.

It also could expose the abortion giant to individual claims.

The pro-life group Live Action several years ago released undercover videos showing various abortion industry employees concealing apparent crimes, such as underage girls getting an abortion (they were too young to grant permission to have sex).

Young girls, victims of rape and sex trafficking, continuing to be given abortions, the study shows.

He said he hopes there soon will be the "last snowflake that causes the avalanche" and the public outrage will begin to influence lawmakers.

Operation Rescue said Planned Parenthood staffers nationwide "have been aiding and abetting a less organized but much larger group of rapists — those who rape girls in their own households, their own schools, and their own youth groups."

"Many selfless pro-life activists observe the young victims as they pray and offer help to women outside abortion facilities. Some have reported underage girls being taken in for abortions to the police, because they understand that a pregnant 13-year-old girl, for example, cannot legally give her consent to sex, and was likely the victim of rape, incest, or human trafficking."

It noted that the Department of Justice has confirmed that most victims of sexual abuse are girls 17 or younger.

"The girls most vulnerable are 11-to-15 years of age. They are under tremendous societal pressure to submit to sex. These girls represent 25% of all sexual abuse victims," Operation Rescue reported. "The AAPLOG report noted that girls above the age of 10 are much less likely to be sexually abused by blood relatives. Their victimizers are much more likely to 'acquaintances' like stepfathers, foster fathers, their mother’s boyfriends, and others."

That's even though Planned Parenthood staffers and every other person in the medical field are mandated reporters, meaning they are required to report suspicions of child abuse.

"When a mandated reporter fails or refuses to report suspected child abuse, he or she commits a misdemeanor or a felony, and is subject to prosecution in every state," OR said.

President Trump has promised pro-life leaders that if he is re-elected, he would work to take away all federal funding from Planned Parenthood.