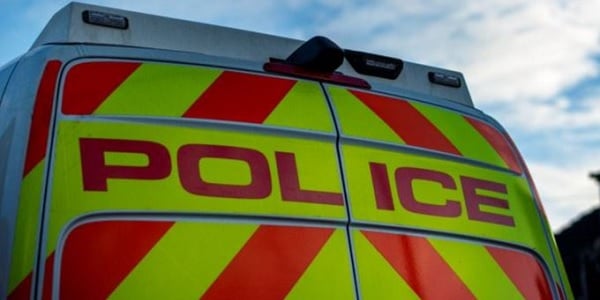 The Democrat Party’s support for “defunding the police” poses a direct threat to our national security — it's impossible to keep our country safe from foreign threats without the help of local law enforcement. Local law enforcement is literally our first line of defense and response to any given act of terror.

For the past several months, the Democrats have been largely supportive of the Black Lives Matter movement and its ongoing campaign to strip police departments of funding -- in open defiance of the potential consequences. This isn’t just a boon to ordinary criminals; it also threatens to undermine state and local law enforcement agencies in the fight to keep our homeland safe from domestic and international terrorism.

There is now an effective, law enforcement-centric information and action network that has been established to ensure local agencies are rapidly informed of threats.  While largely informal, this network of teams, with Department of Homeland Security help, serves to protect all citizens.

Many people are unaware that police funding doesn’t just go toward traffic cops, sheriffs, and detectives — many police departments across America have their own counterterrorism units that investigate and preempt terrorist activity within our communities. Likewise, some state governments also have anti-terrorism intelligence agencies tasked with helping local police uncover plots against our citizens.

In recent years, these groups have prevented attacks that could have had tragic consequences — and yet, these are the units that would likely get disbanded first in cities that choose to slash their police funding to appease the radical left. After all, local politicians can take advantage of the public’s general ignorance by acting as though counter-terrorism is the exclusive responsibility of the federal government, whereas they alone must answer when violence and property crime spike.

The defund-the-police movement also coincides with increased activity on the part of radical groups such as antifa, which has appropriately been classified as a domestic terrorist organization. The anarcho-communist cartel has been terrorizing some of the biggest cities in the U.S. for years, and has played a prominent role in violent riots that have claimed the lives of innocent Americans and destroyed millions of dollars’ worth of private property.

State and local police — not the federal government — are the first wave of defense against militant antifa operatives. Local law enforcement has a better understanding of regional domestic terrorist activity, and is in an ideal position to investigate and thwart impending operations. It is no coincidence that antifa members and their sympathizers in Washington continue to be the most vocal advocates of the defund movement.

In states that share a border with Mexico, local police officers take on yet another national security obligation — preventing drug cartels and human smugglers from infiltrating our communities. While the brave men and women of the U.S. Border Patrol are primarily responsible for keeping foreign criminals at bay, it would be impossible for them to carry out this duty without the help of local law enforcement. Similarly, ICE depends on cooperation from state and local police to identify and apprehend people who are residing in the country illegally — something Democrats clearly recognize based on their determination to sever those ties by prohibiting police officers from alerting ICE when they encounter suspected illegal aliens.

While many Democrats have openly urged local governments to defund their police departments in recent months, Joe Biden has been more strategic with his rhetoric. At first, the presidential nominee and his campaign ignored the violent riots that consumed many of America’s cities this summer. Once it became clear that he was failing to separate himself from the mayhem -- and his polling numbers took a hit -- he desperately tried to rebrand his campaign, claiming to be a supporter of law and order. And yet, when given an opportunity to condemn antifa during the first presidential debate, Biden insisted that the domestic terrorist group is merely “an idea.

The Democrat establishment, however, doesn’t actually have to utter the words “defund the police” in order to give antifa what it wants — the party’s radical policy agenda would produce the same result.

Not only have the Democrats declared that some U.S. communities are “overpoliced,” they have also vowed to undo every single one of President Trump’s border security initiatives, which would leave our country more vulnerable to foreign threats than ever before. Dismantling the border wall, for instance, would only add more pressure on state and local police in Texas, New Mexico, Arizona, and California. In the long run, this careless move would have negative implications for communities across the nation as violent criminals seep northward after breaching the border.

Democrats like Biden are pretending to be champions of “law and order” in a ploy to win votes, but they can’t disavow their own radical policy agenda. Reforming the police their way would be the most irresponsible homeland security gamble in American history.

Lt. Col. Tony Shaffer is a retired senior intelligence operations officer and president of the London Center for Policy Research and is homeland security adviser to the Stafford County (Va.) Sheriff’s Office.