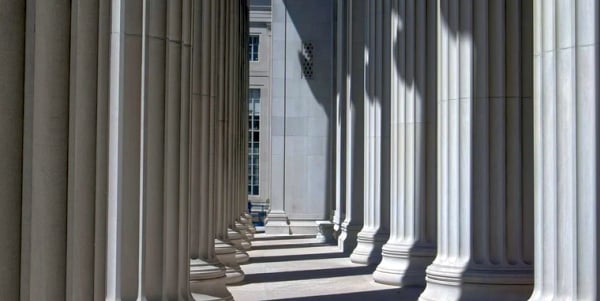 Colleges and universities across American long have plunged head-first into the agenda of the politically correct, insisting on "equality" for all, the promotion of and special recognition of minorities groups like gays and transgenders, and even inclusive language, insisting on "them" instead of "his" or "hers."

Now, according to constitutional scholar Jonathan Turley, it's getting "ridiculox."

The offending word is "alumni."

And it's be supplanted by "alumnx."

"Most colleges and universities have committed themselves to being more inclusive environments in recent years, including the replacement of certain terms with gender neutral alternatives. This effort however appears now to be changing terms that are already gender neutral. Schools like Loyola University, California Institute of the Arts, Rutgers University, the University of California-San Diego, the University of Michigan, College of the Atlantic, Drew University in New Jersey, Swarthmore College, and the Vermont College of Fine Arts have reportedly dumped the word 'alumni' to replace it with 'alumnx,'" he wrote.

"Alumni," in fact, "has been used to refer to all women or all men or mixed groups."

In fact, the University of California-San Diego even has installed the "alumnx" category on its web pages, boasting, "We know that CGS alumnx are doing amazing things."

Turley noted Vermont even provided an explanation: "Alumnx a•lum•nx noun \ uh-luhm-niks \ Vermont College of Fine Arts values diversity, inclusivity, and respect for all. In keeping with these principles, VCFA has adopted the term alumnx to refer to our graduates. This non-binary, gender-neutral term embraces the full spectrum of gender identities within our community and reflects the college’s ongoing work to ensure a welcoming, safe, and collaborative environment."

It called "alumnx" a "more intentional language" than "alumni." Its own pages admit that term "is inclusive of male and female."

The problem, Vermont said, is "such terminology adheres to an outdated, limited concept of gender. As an institution that believes in the vitality of words, we are committed to moving beyond the default, the traditional, the assumed."

Turley called in an "odd explanation."

"Vermont first states that it will only tolerate 'non-binary, gender-neutral' terms. It then admits that 'alumni' is gender neutral and is 'inclusive of male and female.' Yet, it still states categorically that it 'adheres to an outdated, limited concept of gender.' No explanation is given how it adheres to gender bias as a gender neutral term. The school simply declares 'we see you. We value you. With this change, we recognize the importance of language and its ability to empower those who have come through our VCFA programs.'"

"There are important issues that we should be discussing about racial and gender bias. It is hard to see how replacing already gender neutral terms advances those efforts," he said.

He has served as counsel for various whistleblowers, military personnel, judges, members of Congress, and a wide range of other clients.