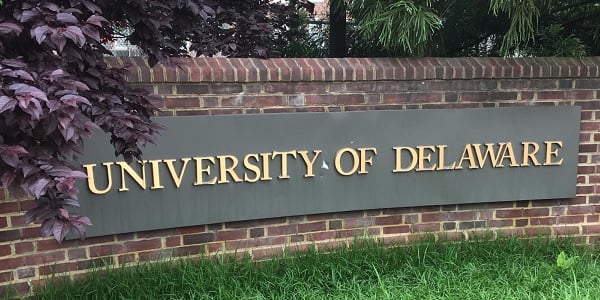 Politics, as the late Andrew Breitbart once observed, is downstream from culture. In the United States, a primary engine of culture is the educational establishment. Since the late 1960s, it has been anything but an ivory tower, a quiet, semi-cloistered redoubt deliberately subsisting at one remove from partisan passions. On the contrary, the educational establishment—and this goes for primary and secondary education as well as for colleges—has incorporated those partisan passions as part of its raison d’être.

The chief issue is this: should our institutions of higher education be devoted primarily to the education of citizens—or should they be laboratories for social and political experimentation? Traditionally, a liberal arts education involved both character formation and learning. The goal was to produce men and women who (as Allan Bloom put it) had reflected thoughtfully on the question “‘What is man?’ in relation to his highest aspirations as opposed to his low and common needs.” Since the 1960s, however, colleges and universities have more and more been home to what Lionel Trilling called the “adversary culture” of intellectuals. The goal was rejection, not reflection.

The key issue, I hasten to add, is not partisan politics per se but rather the subordinating of intellectual life to non-intellectual—that is, political—imperatives. “The greatest danger,” the philosopher Leszek Kolakowski wrote in “What Are Universities For?” “is the invasion of an intellectual fashion which wants to abolish cognitive criteria of knowledge and truth itself. . . . The humanities and social sciences have always succumbed to various fashions, and this seems inevitable. But this is probably the first time that we are dealing with a fashion, or rather fashions, according to which there are no generally valid intellectual criteria.”

Indeed, it is this failure—a failure to check the colonization of intellectual life by politics—that stands behind and fuels the degradation of liberal education. The issue is less about the presence of bad politics than about the absence of non-politics in the intellectual life of the university.

What has happened to the educational establishment cannot be understood apart from its cultural context—the “long march through the institutions” that the Italian Marxist Antonio Gramsci recommended and whose American lineaments I chronicled in my 2000 book, "The Long March: How the Cultural Revolution of the 1960s Changed America." “The Age of Aquarius,” I wrote in the book’s introduction, “did not end when the last electric guitar was unplugged at Woodstock. It lives on in our values and habits, in our tastes, pleasures, and aspirations. It lives on especially in our educational and cultural institutions, and in the degraded pop culture that permeates our lives like a corrosive fog.”

We have been seeing the results of this dissemination everywhere: in the media; in corporate boardrooms where resolutions deploring “systemic racism” are touted by quivering, virtue-signaling bureaucrats; throughout the federal government, where “workshops” on critical race theory catechize government workers about the evils of “whiteness” and glories of “trans” culture; and nightly on our city streets, where Antifa and the “trained Marxists” of Black Lives Matter rampage under the protection of the First Amendment while endeavoring to destroy the political culture that underwrites such protections.

The stakes are high.  Just how high was articulated by the open letter “in defense of American institutions” and published in several internet venues. I was proud to be a signatory of this letter.  “Over the next several years,” it began, “the noble sentiments and ideas that gave birth to the United States will either be repudiated or reaffirmed. The fateful choice before us will result either in the death of a grand hope or a recommitment to an extraordinary political experiment whose full flowering we have yet to realize.”

The bottom line is this: Deep and lasting change in the university depends on deep and lasting change in the culture at large. Undertaking that task is a tall order. Criticism, satire, and ridicule all have an important role to play, but the point is that such criticism, to be successful, depends upon possessing an alternative vision of the good. Do we possess that alternative vision? I believe we do.

A welcome example of such candidness and courage was President Trump’s announcement of a 1776 Commission that will seek to “clear away the twisted web of lies in our schools and classrooms” and “defend the legacy of America’s founding, the virtue of America’s heroes, and the nobility of the American character.” Also welcome were his recent executive orders combatting the “malign ideology” of critical race theory, which is “now migrating from the fringes of American society and threatens to infect core institutions of our country.”

As the president acknowledged, the choice facing us today is not between a “repressive” or “systematically racist” American culture and a multicultural paradise. It is between culture and barbarism. Civilization is not a gift; it is an achievement—a fragile one that needs constantly to be shored up and defended from besiegers inside and out. These are facts that do not easily penetrate the cozy and coddled purlieus of the academy any more than they penetrate the self-satisfied barricades of woke corporate culture. But they are part of the permanent challenge that any civilization must face. We ignore them at our peril.