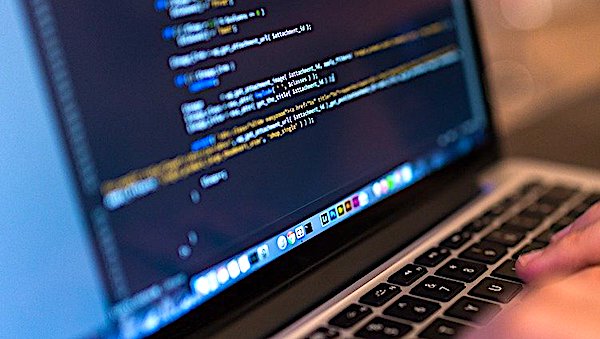 Sen. Ron Johnson said in a letter on Saturday that the FBI has declined to provide insight into its handling of a laptop purportedly belonging to Hunter Biden.

Investigators on the Senate Homeland Security and Government Affairs Committee, which Johnson chairs, have met with a computer shop owner who says he obtained the laptop last year.

In a letter to FBI Director Christopher Wray, Johnson asked whether the owner, John Paul Mac Isaac, provided accurate information about his handling of the computer and his interactions with the FBI.

The Wisconsin Republican is also asking whether the FBI has investigated the contents of the purported Biden laptop and whether investigators have found evidence of any criminal wrongdoing.

“The committee must know whether the FBI has assessed the validity of materials the whistleblower has provided, and what, if any, actions the FBI has taken since obtaining this information,” Johnson wrote.

Johnson said that the whistleblower contacted his office on Sept. 24, a day after Republicans released a report on Hunter Biden’s business dealings.

Isaac “informed my staff that he had possession of a laptop left in his business by Hunter Biden,” Johnson wrote.

Investigators on Johnson’s committee reportedly met with Isaac on Oct. 5.

“He also informed us that he provided its contents to the Federal Bureau of Investigation (FBI) in response to a December 9, 2019 grand jury subpoena,” the letter stated.

The New York Post began this week publishing some emails purportedly from the laptop. Rudy Giuliani, the personal lawyer for President Trump, provided the Post with the documents last week.

Isaac has claimed that a man he believes to be Hunter Biden dropped off his laptop for repair in April 2019 but never came back to retrieve it. He said he made a copy of the computer’s hard drive before turning the device over to investigators last year. He shared a copy of the device with Giuliani, who fed the documents to the Post.

The documents published by the Post have raised questions about Hunter Biden’s business dealings in Ukraine and China. The newspaper has also published photos purportedly from Biden’s computer showing him in an apparent inebriated state. Biden has been open about his struggles with drug addiction.

Johnson said in his letter that his committee staff contacted FBI officials about the laptop after meeting with Isaac in order to validate his claims. He said the agency rebuffed the inquiry.

“Unfortunately, several days later, the FBI responded that it would not confirm or deny any information identified by the committee even though several of our questions were not related to the possible existence of an ongoing grand jury investigation,” Johnson wrote.

Johnson said he wants to find out whether Isaac’s claims “could be fraudulent or not accurate.”

“If any information offered to the committee was linked to a foreign adversary’s attempt to interfere in the election, I would expect the FBI to ensure the committee is protected and receives a defensive briefing,” Johnson wrote to Wray.

Democrats have alleged that the Russian government may have been involved in some way in the publication of Biden’s emails. They have pointed to Giuliani’s past collaboration with a Ukrainian lawmaker who is sanctioned in the U.S. because of his ties to Russia.

The Associated Press also reported on Friday that the FBI is investigating whether foreign intelligence services played a role in obtaining or publishing the emails.

The Biden campaign and Hunter Biden have not disputed Isaac’s claim about how the computer ended up at his shop. They have also not disputed the veracity of any of the emails published so far.

One person on an email chain published by the New York Post has confirmed the accuracy of the document, Fox News reported on Friday.