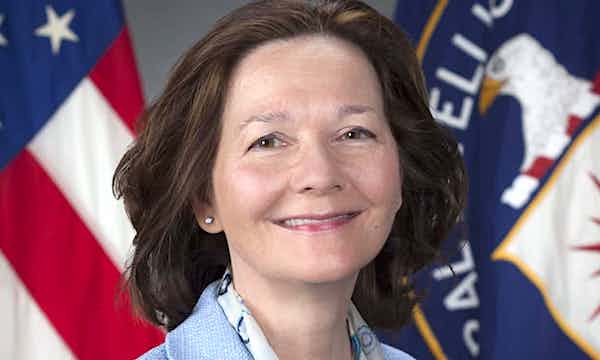 Two Senate Republicans have accused CIA Director Gina Haspel of withholding documents regarding intelligence the spy agency provided the FBI in its investigation of the Trump campaign.

In a letter to Haspel, Sens. Ron Johnson and Chuck Grassley said that CIA officials have refused to schedule a phone call to discuss the document request.

“More than two months later, we still have not received any of the requested records that we detailed in that letter,” Johnson and Grassley, the chairmen of the Senate Homeland Security and Senate Finance Committees, respectively, wrote to Haspel on Wednesday.

The letter is a follow up to one the senators sent Haspel on July 28 requesting any CIA documents provided the the FBI as part of Crossfire Hurricane, the bureau’s investigation of Trump associates’ possible links to Russia.

They also sought any records of contacts the CIA had with Michael Sussmann and Marc Elias, two lawyers for the firm that represented the Clinton campaign and DNC during the 2016 campaign.

Is the CIA withholding documents pertinent to the investigation of the Trump campaign?
100% (32 Votes)
0% (0 Votes)

Haspel assumed office on May 21, 2018. She previously served as CIA station chief in London.

The senators said they have met with Haspel’s staff only once to discuss the requests but that “CIA has not produced a single document in response.”

“Moreover, your agency has ignored multiple requests to schedule a phone call to discuss our oversight letter,” they said in the letter.

I’ve been pushing FBI for transparency on Russiagate for yrs We now kno CIA was part of info gathering but CIA won’t even talk to me on phone AMERICANS DESERVE ANSWERS!! Yesterday Senator Johnson & I renewed call for CIA docs Transpency brings accountability

It is still not entirely clear what role the CIA played in collecting intelligence on Trump associates in 2016.

On Tuesday, Director of National Intelligence John Ratcliffe declassified two CIA documents that showed the agency had intercepted Russian analysis that asserted that Hillary Clinton had approved a plan to link Donald Trump to the email hacks of the DNC in late July 2016.

“From these reports, it is clear that the CIA has information in its possession that is relevant to the FBI’s activities and our investigation into this matter,” Johnson and Grassley said of the declassified documents.

Both Republicans pointed to Haspel’s testimony at her confirmation hearing that, “If confirmed as Director, I will uphold the Agency’s obligations to Congress and ensure that oversight works on behalf of the American people.”

“Your apparent unwillingness to speak with us on this matter contradicts your testimony,” the senators said, noting that they voted to confirm Haspel.

“Both of us fully expected you to honor the commitment you made, but we are becoming increasingly disappointed by the CIA’s continued inability to timely respond to our legitimate oversight requests.”

They are calling on Haspel to provide the documents by Friday.

The CIA did not respond to a request for comment.

WND News Services
These reports are produced by another news agency, and the editors of WND believe you'll find it of interest.
'Action could be taken' against students for 'misgendering' or 'pronoun misuse'
School staffer wears blackface, 'calls herself Rosa Parks' to protest vaccine mandate
BLM slams vaccine requirement for restaurants, protests unleashed
'I could have invested': Deported Haitians say they lost chance at American dream
Tax Foundation warns Democrats want more taxes from 80% of Americans
See more...