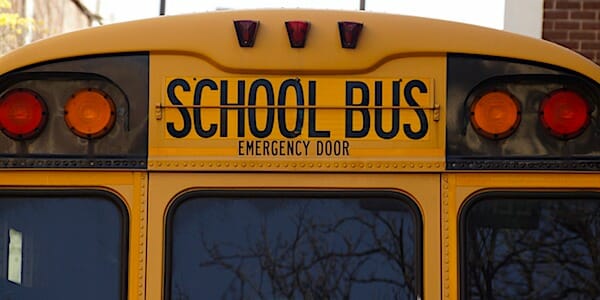 The closing of schools in reponse to the coronavirus pandemic could increase the number of deaths resulting from the disease, according to a study published in the British Medical Journal.

The University of Edinburgh study reevaluated a now discredited model produced by Neil Ferguson of Imperial College London that was presented by Drs. Anthony Fauci and Deborah Birx to President Trump as evidence the United States must shut down schools and impose a comprehensive quarantine to prevent the loss of an estimated 2.2 million lives.

The Sun newspaper of London reported the Edinburgh researchers concluded "school closures and isolation of younger people would increase the total number of deaths, albeit postponed to a second and subsequent waves."

Last week, World Health Organization envoy Dr. David Nabarro warned leaders against relying on lockdowns to handle the coronavirus, saying they should be a last resort because of the harm they cause, including making "poor people an awful lot poorer."

"We in the World Health Organization do not advocate lockdowns as the primary means of control of this virus,” Nabarro said.

The evidence presented in the Edinburgh study supports a petition drive, The Great Barrington Declaration, launched earlier this month by epidemilogists from Harvard, Stanford and Oxford that calls for allowing the healthy to go about their business and focus on protecting the vulnerable.

The U.K. study found lockdowns were "highly effective at reducing peak demand for intensive care unit (ICU) beds." But they also "prolong" the epidemic by slowing the buildup of herd immunity, which then protects the vulnerable.

They conclude that "the somewhat counterintuitive results that school closures lead to more deaths are a consequence of the addition of some interventions that suppress the first wave and failure to prioritise protection of the most vulnerable people."

As WND reported Oct. 6, Professors Dr. Martin Kulldorff of Harvard, Dr. Sunetra Gupta of Oxford and Dr. Jayanta Bhattacharya of Stanford launched a petition stating that as "infectious disease epidemiologists and public health scientists we have grave concerns about the damaging physical and mental health impacts of the prevailing COVID-19 policies, and recommend an approach we call Focused Protection."

"Most of my colleagues in infectious disease," Kulldorf told Fox News' Laura Ingraham, "are in favor of risk-based strategy or an age-based strategy where we protect the elderly or other high risk groups while the younger resume life more or less normally."

Ingraham asked her guests to comment on White House coronavirus adviser Dr. Anthony Fauci's insistence in an interview with CNN that "we need to flood the system" with "surveillance testing" to find out what the level of infection is in the community on a broad scale.

"I think that's a very inefficient use of very limited resources," Gupta said.

By not testing those who have little risk, she said, "you actually allow that population to build up a level of immunity which in turn protects the vulnerable."

Gupta said three to six months is sufficient time for enough immunity to accumulate so that the vulnerable can resume their normal lives.

Battacharya was asked to comment on the ridicule of the strategy of achieving herd immunity adopted successfully by Sweden.

He explained that even if a vaccine is developed, it's herd immunity that protects the population against the virus.

The real question, Battacharya said, is how to achieve herd immunity, and he contends the strategy the declaration advocates "will get us there more quickly, with less loss of life and less damage to other aspects of public health that get ignored, I think, by these doctors that are essentially denying basic facts about biology."

Ingraham said that keeping children from in-person classes "will go down as one of the most outrageous abuses of supposed science that we've seen in the last 50 years."

"Children are being kept from school with a 99.997% survival rate of anyone under the age of 19? It's insanity."

"I would have to agree," Gupta said. ... "It's absolutely tragic, it's unconscionable."

Kulldorf and Bhattacharya recently participated in a roundtable with Florida Gov. Ron DeSantis in which they said the widescale lockdowns actually increase the risk to the vulnerable, slowing down the building of herd immunity for the population.

See the interview with Ingraham:

The Great Barrington Declaration emphasizes the "irreparable damage" caused by the lockdowns.

"Coming from both the left and right, and around the world, we have devoted our careers to protecting people," it states.

"Current lockdown policies are producing devastating effects on short and long-term public health. The results (to name a few) include lower childhood vaccination rates, worsening cardiovascular disease outcomes, fewer cancer screenings and deteriorating mental health – leading to greater excess mortality in years to come, with the working class and younger members of society carrying the heaviest burden. Keeping students out of school is a grave injustice," the epidemiologists write.

"Keeping these measures in place until a vaccine is available will cause irreparable damage, with the underprivileged disproportionately harmed."

They note that knowledge of the coronavirus is growing and it's now known that vulnerability to death from COVID-19 is "more than a thousand-fold higher in the old and infirm than the young."

"Indeed, for children, COVID-19 is less dangerous than many other harms, including influenza."

They argue that as immunity builds the population, the risk of infection for everyone, including the vulnerable falls.

"We know that all populations will eventually reach herd immunity – i.e. the point at which the rate of new infections is stable – and that this can be assisted by (but is not dependent upon) a vaccine," they write.

"Our goal should therefore be to minimize mortality and social harm until we reach herd immunity."

They argue that the "most compassionate approach that balances the risks and benefits of reaching herd immunity, is to allow those who are at minimal risk of death to live their lives normally to build up immunity to the virus through natural infection, while better protecting those who are at highest risk."