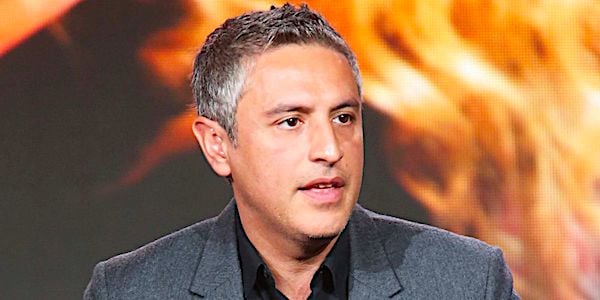 Anticipating victory next Tuesday, allies of Democratic presidential nominee Joe Biden are discussing how they will handle supporters of Donald Trump after the election, and they don't have in mind sitting down and hashing out differences over a beer, warns Stella Morabito in a commentary for The Federalist.

In fact, the plans have "ominous tones, even homicidal and terrorist tones," she said.

"Increasingly, through mainstream media and Big Tech, high-profile leftists are speaking openly about violence to be inflicted on Trump and all his supporters."

She explained she is not talking about the Antifa and Black Lives Matter street violence in cities such as Portland, "which includes outright murders of Trump supporters."

"I'm referring here to voices that normalize and promote open terror against any freedom-respecting person who has different views from those blessed by left-wing leaders, media, and Big Tech," she said.

The threats include Robert Reich's proposal for a South Africa-style "Truth and Reconciliation Commission" that would "name every official, politician, executive, and media mogul whose greed and cowardice enabled this catastrophe."

Then there is Dick Costolo, a former Twitter CEO, who threatens that "me-first capitalists who think you can separate society from business are going to be the first people lined up against the wall and shot in the revolution."

Are Trump supporters being targeted for violence by the political left?
99% (176 Votes)
1% (2 Votes)

Similarly, Nils Gilman, has demanded that former Trump adviser Michael Anton be given the same treatment as Robert Brasillach, a Nazi collaborator in France who was executed by firing squad.

"Many leftists have directed some deeply disturbing rhetoric at conservatives and Trump supporters in recent months," Morabito said.

She pointed out that Trump is not without his "bombast," with comments such as MS-13 gang members being "animals."

"His supporters know his presentation to be bombastic and theatrical schtick, but he never threatens any group of voters," she explained.

The other side does.

Gilman, she noted, "is head of the George Soros-funded Berggruen Institute and a co-founder of the 'Transition Integrity Project,' which war-gamed the ouster of Trump from office regardless of whether he wins re-election."

He called for the "swamp Trump created" to be drained, with "criminal charges against the former president and his key followers."

He also wants government to change the minds of Americans.

Rosenburg seeks the "de-Trumpification of America," warning of "even more difficult struggles ahead."

He equates current conservative thought in America to "the end of the Confederacy, Nazi Germany and Saddam Hussein's Iraq."

Further, Morabito pointed out MSNBC host Keith Olbermann declared anyone associated with Trump must be "prosecuted and convicted and removed from our society."

He wrote on Twitter that all Trump supporters "must be eradicated from society."

Another recent ominous sign of what may come was the mob outside the Republican National Convention that swarmed Sen. Rand Paul, R-Ky., and his wife.

"This represents a ramping up of the Antifa and Black Lives Matter attempt to normalize extreme violence against any perceived political opponent," Morabito said.

She pointed to a database reported by NBC's Brandy Zadrozny that "appears ... to find 'addresses, property records ... even Amazon wish lists' that can be a 'goldmine for learning about what a person reads, buys, and wants.'"

George Rasley, the editor of Conservative HQ, said the left and its allies "have no intention of adhering to constitutional forms of opposition to President Trump and his policies."

He cited the website of the group ShutDownDC, which said it expects Trump to be "forced from office."

"We are not seeking a 'return to normalcy,' because we know that returning to 'normal' means returning to a system that was built on oppression," the group said. "Rather, we see this as the time to rise up against the current crisis and move forward to dismantle the interlocking systems of oppression that have plagued this land for centuries.

Morabito found other threats of violence if Trump wins.

"However, the threat of terror is even greater should he lose. If Democrats gain control of the White House and other branches, the left has spoken openly of their intent to punish a huge swath of Americans with a program that threatens to cancel them, impose thought-reform programs on them, and worse.

"How far will this go? Members of the domestic terror organization Weather Underground, headed up by 1960s radical Bill Ayers, explained some 50 years ago that when 'the revolution' came, a lot of Americans would have to be located to education camps. This sounds eerily like what Reich and others are now proposing after they oust Trump. Weather Underground members said that those who didn’t comply despite re-education, which they estimated would include about 25 million Americans, would have to be eradicated, as in killed."

When @michaelmalice and @KurtSchlichter tell you:

*They want you dead but will settle for your submission*

...they are not exaggerating.

Trump Derangement Syndrome, or TDS, was captured in a video montage posted on Twitter by Blaze TV reporter Elijah Schaffer.

Comedian Kathy Griffin held up a faked bloody head of a decapitated Donald Trump, and Madonna said, "I have thought an awful lot about blowing up the White House."