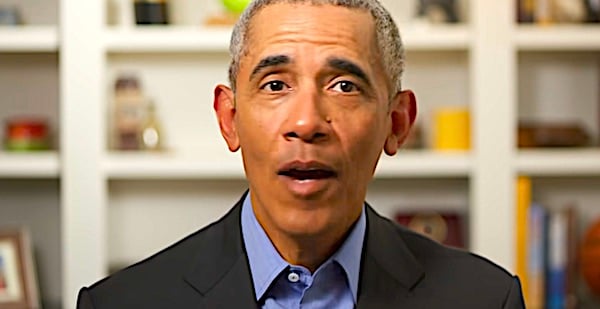 Much information has been uncovered about the Barack Obama administration's weaponization of America's intelligence agencies against the Trump campaign in 2016.

We now know that the FBI used a discredited dossier that likely was based on Russian disinformation to deceive a federal court and obtain permission to spy on the Trump campaign, claiming it was colluding with Russia.

Now, the American Center for Law and Justice is seeking a copy of an email and its attachments that President Obama's White House counsel sent to former FBI Director Jim Comey just hours before the new president was inaugurated in 2017.

It concerns "spies" placed in the White House.

That's known because the ACLJ sued under the Freedom of Information Act for information about communications on that subject.

"We sent a FOIA request regarding former FBI Director Comey's spies inside the White House: Anthony Ferrante, Jordan Rae Kelly, and Tashina Gauhar. It's important to remember that one of those was the liaison to the FBI. One held a tech job and somehow got to stay in the White House. And one was at the National Security Council," the ACLJ said.

"We filed our FOIA request and a lawsuit on these spies and we received an interesting reply. Our FOIA wound up uncovering an email that was sent from President Obama's White House Counsel to multiple names. Some of the recipients' names were redacted but some were not. The unredacted ones were former FBI Director Jim Comey and former Deputy Director of the FBI Andrew McCabe.

"What’s interesting about that date? It was the day before President Trump was sworn in as the next president of the United States."

The email referenced an "attached letter."

"Now they're refusing to give us the attachment, so guess what – we’re taking the FBI to court. What TOP SECRET information did they have to send from the Obama White House Counsel to the FBI Director and Deputy FBI Director the night before President Trump was inaugurated? The American people have the right to know," the ACLJ said.

The topic also was the subject of a "Jay Sekulow Live" podcast: