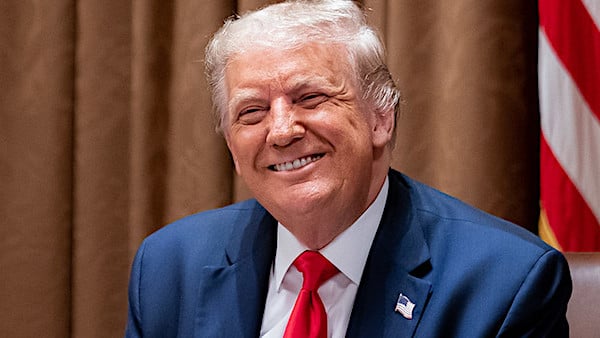 It is the third Arab state this year to engage in U.S.-brokered talks that have resulted in peace agreements.

Earlier deals were announced between Bahrain and Israel, and the United Arab Emirates and Israel.

The deals with Israel are the first since Egypt and Jordan recognized the state of Israel decades ago.

Fox News reported the deal follows Trump's conditional agreement this week to remove Sudan from the list of state sponsors of terrorism if it compensats American victims of terror attacks.

When the Bahrain agreement was announced, Trump said, "This is really something special, very, very special."

He predicted the region "will become more secure and prosperous."

Trump confirmed Friday that a number of other nations have expressed interest in peace deals with Israel.

When Trump announced the UAE deal, his competitor for the Oval Office, Joe Biden said the normalization of relations was a positive development for the region.

The agreements align with the advice of the editor of a prominent Saudi daily, who argued that past Arab efforts to defeat Israel have failed, and they must normalize relations.

Khalid bin Hamad Al-Malik, the editor of Al-Jazirah, wrote Sept. 13 -- two days before the Israel-UAE-Bahrain peace deals -- that the Arab nations must move forward on an open path, according to the Middle East Media Research Institute.

"The Arabs have no option but to normalize [relations] and establish full diplomatic ties with Israel. They tried war and were defeated; they tried hostility towards Israel and gained nothing; they tried to reconcile [with Israel] on their own terms and failed," he wrote.

"Finally they tried peace as a way to achieve what they have failed to achieve through war."

The editor affirmed the Trump administration's indication that many more Middle East nations are on the verge of peace agreements with Israel.

"Other Arab countries can be expected to follow in the UAE's and Bahrain's footsteps and recognize Israel," he wrote.