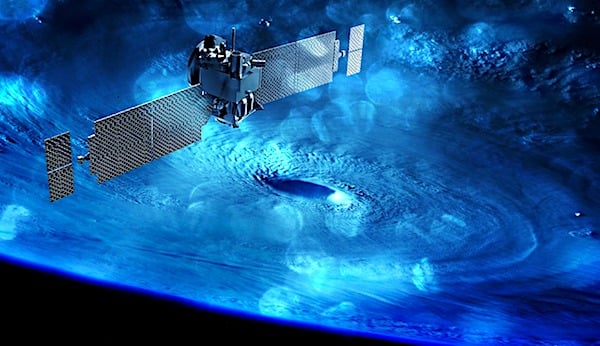 It's no secret that the U.S. has waged an economic war with China by moving to restructure the global supply chain away from Chinese producers in favor of domestic producers through increased import tariffs and other trade restrictions.

And that's not just the opinion of America's ardent free traders and protectionists alike. Li Dongsheng, the founder of Chinese electronics manufacturer TCL Technology Group Corp., has said that the U.S. tariff increases on Chinese imports have successfully added an "American factor" to the current state of affairs. According to Li, "It's an irrational and irregular factor, making things more complicated. Protectionism is the biggest roadblock to Chinese companies' internationalization."

We are already in danger of witnessing China's surpassing the United States in critical areas economically, technologically, and militarily. It follows, then, that we must add an "American factor" to ensure that China does not successfully challenge America's leadership in space.

Fortunately, Sen. Cory Gardener, R-Colo., has proposed two amendments to a NASA appropriations bill, which would make it easier for us to determine if agency contractors are linked to Chinese companies. After all, Chinese companies and Chinese communism are one and the same. Despite contrary arguments by the communist party, Chinese companies cannot operate independently from the state.

Sen. Gardener's amendments could be a vital component in stopping China from overtaking the United States in the crucial area of space. We should be barring NASA from any and all ties to Communist China. This should be the next step in what should be an eventual and complete de-coupling of the U.S. economy from China's economy.

For now, we still have the world's number one economy. Passing these two amendments offered by Sen. Gardener is a vital part of keeping our country number one globally.

It is through joint ventures and other tie-ups with American companies that China routinely steals intellectual property. China buys our American companies with money that used to be ours. It is money we sent to them thinking we could consume our way to prosperity (by buying cheap Chinese products) rather than produce our way there (via the higher quality, price, and standards of U.S. manufacturing).

Two different Chinese companies attempted to buy OneWeb, which had a contract to provide the U.S. Space Force with low-earth orbit internet access but went bankrupt in March. Officials at the Pentagon now worry that the U.S. has no current mechanism to stop such takeover attempts.

We cannot allow China to buy our U.S. land, U.S. factories, and U.S. companies. Continuing to do so would only allow it to become stronger and threaten our dominance in space, a pressing national security issue. The greatest threat to the U.S. is none other than China, according to Attorney General William Barr.

American ownership matters. Ownership equals control, and control equals sovereignty and independence. We can no longer be an independent and prosperous nation if our vital industries are owned and controlled by foreign governments (especially communist countries like China), even if they occasionally supply some jobs that employ Americans. The higher cost to our nation is not worth the occasional cheaper price to the U.S. consumer.

Although I frequently disagreed on policy with the late Sen. John McCain, I do agree with a quote in his speech to members of the Veterans of Foreign Wars in Kansas City, Missouri, on April 7, 2008, ...we have obligations to our country that are greater than our personal ambitions...

The amendments proposed by Senator Gardener, if passed, will help keep us safe and independent from Chinese interference and aggression, of which there never seems to be a shortage. NASA, and all U.S.-based contractors, should always support American interests and not those of enemies like China.