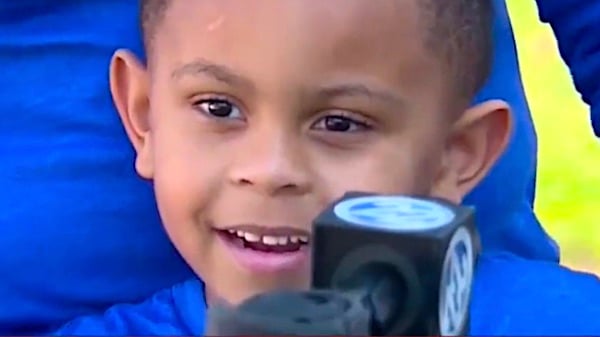 An Indiana 5-year-old appeared to punch multiple gunmen that entered his home on Sept. 30, according to video released by police Tuesday.

Four men, three of whom were armed with firearms, busted into the boy’s home where he sat on the couch, as an adult woman appeared to be folding laundry, according to the South Bend Police Department video uploaded by Fox 13. The armed men rush through the home and one of the alleged burglars pointed a handgun at the woman, video showed.

The child, who was identified as a 5-year-old by police, according to the local outlet, sprang into action and hit one of the men repeatedly, as the armed individual moved out of frame of the video. The child picked up an object from the coffee table and hurled at another home of the armed men, as he chased and continued to strike the man, footage showed.

“This video is extremely disturbing,” law enforcement told the local outlet. “You can see a little boy hitting one of the armed suspects as he tries to defend his home. It is our job now to defend him.”