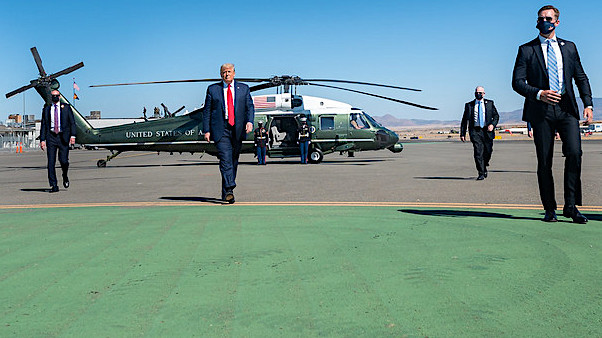 James O'Keefe's Project Veritas has release a video interview with a Google manager who confirms the company's anti-Trump bias.

In the video, Google program manager Ritesh Lakhkar, admits that search results are "skewed by owners and drivers of the algorithm."

Undercover reporters for Project Veritas had wondered why a search for President Trump resulted in all negative references, while a search for Joe Biden produced all positive results.

Lakhkar said: "If Trump wins, there will be riots. And if the left wins, They will be ecstatic."

Search “skewed by owners and drivers of the algorithm”

“If Trump wins, there will be riots...if the left wins, they will be ecstatic”

O'Keefe said the comments reveal "the truth" about Google, which also was targeted on Tuesday with an antitrust lawsuit by the Department of Justice.

Lakhkar, with the presidential election just days away, "is calling out his own friends," O'Keefe said.

Lakhkar said: "I disagree with the corporations playing God and taking away freedom of speech on both sides, basically. So, I'm like you're like playing selective God. Like, if it was fraud it doesn't matter, but for Trump or Melania Trump, it matters."

He continued: "And on the other side, Trump says something, misinformation, you're gonna delete that because it's illegal under whatever pretext. And if a Democratic leader says that, then you're gonna leave it like that. So I'm like, okay, you're not following one way or the other. You are just plain and simply trying to play God.

"When Trump won the first time, people were crying in the corridors of Google," he said.

"There were protests, there were marches. There were like I guess, group therapy sessions for employees. Organized by HR."

He said he feels "suffocated" at Google.

Google CEO Sundar Pichai says that during the presidential race, the company "won't do any work to politically tilt anything one way or the other" for the Trump or Biden campaigns https://t.co/83sKht0bRx pic.twitter.com/vgDbo4MIlP

CBS posted on Twitter a video in which Google CEO Sundar Pichai promised at a congressional hearing that during a presidential race, the company "won't do any work to politically tilt anything one way or the other."