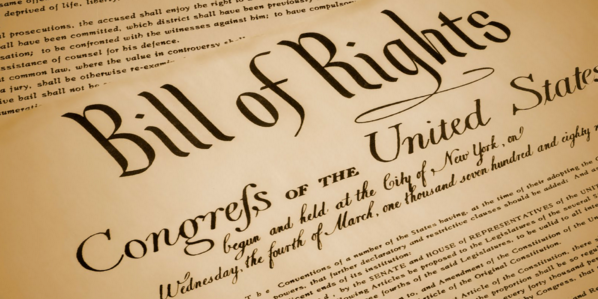 A Texas woman has filed a lawsuit alleging officials in her town violated her constitutional rights after she won a seat on the town council.

The complaint alleges city officials, including Castle Hills, Texas, mayor Edward Trevino II and town police chief John Siemens, hounded her out of that office in violation of the First and 14th Amendments.

According to the filing by the Institute for Justice on behalf of Sylvia Gonzalez they:

She fought back and won each time, IJ said.

"But by then the damage had been done," IJ said. "Sylvia’s mugshot had been splashed across the news and her reputation dragged through the mud. Exhausted—with tens of thousands of dollars in legal bills—she stopped the fight to reclaim her seat."

Now she's suing the city officials "who abused their power and violated Sylvia's First Amendment right to speak out against government."

"Castle Hills officials seem to believe that they are above the law because they are the law," said Anya Bidwell, an attorney at the Institute for Justice, which represents Sylvia. "But criticism isn’t criminal, it is a constitutional right. And it is patently unconstitutional for an official to use the police to stifle speech and retaliate against political opponents."

A video about her case:

IJ said Gonzalez, 72, had campaigned on the promise to work to make the city more responsive to citizens' needs.

The incumbents didn't like that plan, IJ said. They then "abused their power to retaliate against Gonzalez."

"When the government officials who are charged with upholding the law break it, they have to be held accountable,” said IJ attorney Patrick Jaicomo. “What good are rights without legal remedies? The courts are a necessary check on government power. This lawsuit seeks to give Sylvia an opportunity to have her day in court and stand up for her constitutional rights."

Gonzalez said: "I was arrested and thrown in jail because city officials didn’t like that I criticized them. But being able to disagree with the government is at the heart of our democracy, and I’m here to stand up and make sure others are not silenced the way I was."

The lawsuit asks the court to hold that Gonzalez' constitutional rights were violated when the government arrested her in retaliation for her speech, as well as unspecified damages.