On Oct. 18, 2020, right before the election, a pastor of a megachurch told his congregation at Sunday service: "I don't care … who you vote for."

Thousands attend his Sunday services in person, while tens of thousands watch online every week.

He is a pastor with a huge influence in a battleground state where the race is so close and votes are being questioned.

I greatly respected and admired this pastor, who has close ties to President Trump. He openly shared in services about his trips to see the president and his support for him.

I even went back to re-listen to that part of the service to make sure I had heard correctly, listening with someone else to verify. Surely, there it was, the influential pastor telling his congregation and all online listeners, "I don't care … who you vote for."

Is voting a personal thing?

This pastor tells people what to do in lots of personal matters of their lives.

I believe in one service he also warned people not to be deceived if someone tells them who to vote for.

I thought it was OK for Christians to encourage someone to vote for pro-life candidates who follow the Constitution, for leaders who believe in God and uphold the ability to worship God freely.

In an election where so much is at stake, this does not make sense.

How can any pastor tell his congregation, "I don't care … who you vote for"?

A person's vote reveals his or her heart, beliefs and spiritual understanding.

Does he care if his congregation believes abortion is wrong and doesn't support it? I believe he does.

Does he care if Christians have the freedom to worship? The sanctity of marriage? I think so.

Does he care if his congregation loves righteousness and hates wickedness? That the people fear and love the Lord?

Every pastor should care about who their church members vote for – because they are voting for leaders of the country who will make decisions for the country, decisions that affect babies, children, the elderly, health care, the sanctity of marriage, education, the military, wars.

This isn't voting for prom queen, or who's going to win an Emmy. Who are government leaders are makes a difference. Leaders are making life and death decisions for other people.

A shepherd's job is to protect his flock.

On the other hand, Daystar Television recently came out with great boldness encouraging viewers to vote for the presidential candidate who is pro-life and supports the sanctity of marriage and biblical values. Daystar had no trouble naming President Trump, offering clear direction and leadership for their viewers. Recognizing their accountability to God and the enormous stakes involved for the country, with the extremely contradicting beliefs and actions of the presidential and vice presidential candidates, they boldly and commendably spoke out.

The pastor has shared some great conservative biblical direction at times, encouraging people to fast, pray and vote by policy, even saying that if every Christian voted we (Christians) could control this election. He definitely encouraged his congregation to vote. But to say, "I don't care … who you vote for"?

With the influence of America on the world, our voting doesn't just affect us, it actually affects billions of people.

Often Christian leaders tell their audiences to make sure they vote, but they don't say a name. But, if people are voting against righteousness, I'd rather they didn't vote. For my sake and the sake of the world. 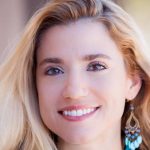