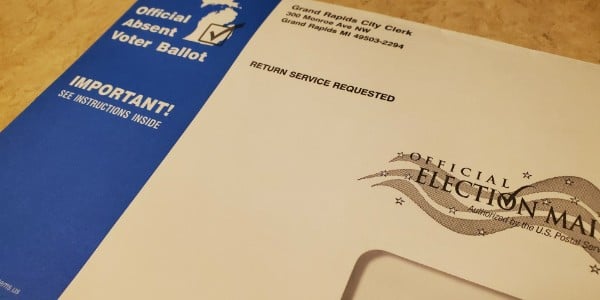 President Trump was ahead on Election Day and therefore should be declared the winner, he insisted in an interview with Fox Business host Lou Dobbs.

Fitton, who recalled testifying before Congress that "this vote-by-mail scheme was going to lead to chaos," argued federal law requires that states "shall select their electors for president and vice president on Tuesday, Election Day, and it hasn't happened."

"No one's been in court to enforce that law," he said. Instead we have the (Trump) campaign, arguing for a better seat to watch the three-card monte game in which they are the mark.

Fitton said that the five or six states counting ballots after the election "necessarily suggests something unproper is going on."

We know he won Wisconsin on Election Day, and Pennsylvania and Georgia and North Carolina. We know."

That result should be protected, he said, but instead it's been changed as a result of counting that goes on past the statutory deadline.

He said that if the courts don't fix it, there are opportunities for Congress to "decide whether or not they are going to bless this process that we're seeing in Pennsylvania, a slow-motion overturning of the lawful election result."

Dobbs asked Fitton if he is hopeful that the U.S. Supreme Court will "have the guts and the principle to act."

The other option, he said, is to redo the presidential election.

"Anything short of that, you know, they're just arguing over legal niceties."

Fitton said the campaign is arguing in court for allowing monitors to observe the vote count, essentially "fighting to watch the fraud take place."

But the problem, he insisted, is the vote count iself, and there is nothing in place to stop it.

'Something weird' is going with our universe