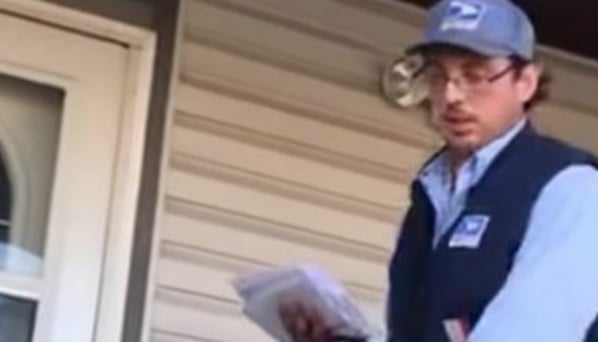 Countering a House Democrat claim that a U.S. Postal Service whistleblower has recanted testimony that a supervisor ordered the backdating of mail ballots in Pennyslvania, Project Veritas has released an audio recording of federal agents coercing the whistleblower, who stands by his testimony.

The whistleblower, Richard Hopkins, told Project Veritas last Thursday that Postmaster Rob Weisenbach in Erie, Pennsylvania, ordered the backdating of ballots to Nov. 3 so that late ballots would be accepted.

In a recording released Tuesday night, Russell Strasser, an agent of the USPS Office of Inspector General, says to Hopkins, "I am trying to twist you a little bit."

"We have senators involved. We have the Department of Justice involved," Strasser says.

Hopkins interjects that he also has been in contact with President Trump's lawyers.

"I am not — I am actually," Strasser continues, "I am trying to twist you a little bit because in that, believe it or not, your mind will kick in.

Project Veritas says it will soon release other recordings of federal agents attempting to intimidate and coerce Hopkins into recanting.

"The recordings are explosive evidence of retaliation, 'scaring' him," O'Keefe wrote on Twitter. "Whistleblower has received a letter putting him on suspension without pay."

Project Veritas also released a video Tuesday in which Hopkins declares he did not recant.

USPS Whistleblower Richard Hopkins: “I DID NOT RECANT”@washingtonpost ‘s @shawnboburg and @jacobbogage have been played by the same federal agents that are on the audio coercing the whistleblower to recant. AUDIO TAPES OF COERCION TO BE RELEASED IMMINENTLY... pic.twitter.com/vjlWj6elkB

Hopkins says he tried to contact Washington Post reporters to inform them that a story they wrote claiming he recanted was false.

The committee said on Twitter that the whistleblower has "completely RECANTED his allegations of a supervisor tampering with mail-in ballots after being questioned by investigators, according to" the USPS inspector general.

The committee said IG investigators informed committee staff Tuesday "that they interviewed Hopkins on Friday, but that Hopkins RECANTED HIS ALLEGATIONS yesterday and did not explain why he signed a false affidavit."

The recordings are explosive evidence of retaliation, “scaring” him.

Whistleblower has received a letter putting him on suspension without pay.

Hopkins revealed his identity on Friday after his USPS superiors saw his Thursday interview with Project Veritas.

Hopkins told Project Veritas his supervisors and others above him were ordering carriers to backdate ballots that were received after Election Day.

Hopkins made it clear he did not see his supervisor backdating ballots but heard him and his colleagues talking about doing it.

Hopkins said that after his superiors saw his interview with Project Veritas they brought up other issues they had with him in the past.

"They said that I was, because of certain factors, I was kind of implicated as the one who had come out, so they wanted to get my side of the story because they wanted to start an investigation into this," he explained. "I think this comes from above them, and that's what I told the postal inspectors. I just think they were just doing what they were told."

We have recordings of the federal agents, who COERCED this man through a 4 hour interrogation Without representation, who stands by his original affidavit re: backdating ballots.

Standby for recordings doubling down on backdating ballots.

Hopkins said that about 20 minutes after Project Veritas broke the story, his supervisor called him and told him he would not be needed at his scheduled time Saturday morning.

Unsure of keeping his job, Hopkins established a GoFundMe account to raise $50,000. It soon surpassed $53,000.

He wrote on the fundraising platform:

My name is Richard Hopkins and I currently work for the United States Postal Service in Erie, Pennsylvania and I am willing to testify under oath that 2020 Presidential Election ballots are being backdated to November 3rd by my supervisors. I made the difficult decision to risk everything in my life to come forward with this information of extreme wrongdoing by the Post Office. I am uncertain of what the future holds for me but I felt the public had a right to know what is really going on.

The Post Office has already been threatening my employment. I am scared for myself, my family, and those closest to me. Thank you James O’Keefe and Project Veritas for letting me tell my story when others wouldn’t.

Please support me as I go forward with this battle.

Hopkins told Project Veritas that other employees "feel the same way I do, but they do not want to say anything."

"They contacted me, and actually were like: 'That was badass and what-not. They were kind of glad that I did what I did — because they know things are — some odd stuff," he said.

"I was casing my route and I saw the postmaster pull one of our supervisors to the side," he said. "He was pulling the supervisor, it was, and it was really close to where my case was — so, I was able to hear, listen in and I heard him say to the supervisor that they messed up yesterday."

The whistleblower said he was curious about what was messed up.

"He told the supervisor they had postmarked one of the ballots for the fourth, instead of the third, because they were supposed to put them for the third," Hopkins said. 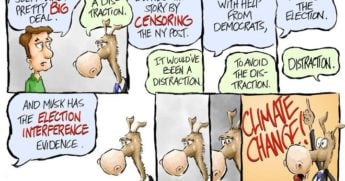