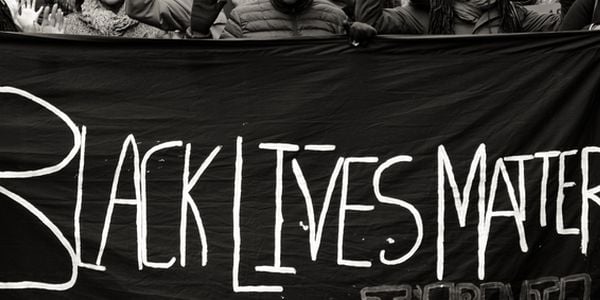 "Without the resounding support of Black people, we would be saddled with a very different electoral outcome," Cullors wrote in a letter to Biden and Vice President-elect Kamala Harris on Saturday. "In short, Black people won this election."

Cullors said black people "want to be heard and our agenda to be prioritized," FoxNews.com reported.

"We would like to be actively engaged in your Transition Team's planning and policy work," she said. "Let's get to work!"

Already, many Democrats have adopted BLM's "defund the police" agenda amid nationwide protests over the death of George Floyd in May.

Biden has wavered on police defunding, but he has promised an economic plan to provide housing, education and financial support to black and Latino communities he says have been disproportionately affected by the coronavirus pandemic.

In his speech Saturday declaring victory after media outlets called the race for him, he said the African-American community "stood up again for me."

"They always have my back, and I’ll have yours,” Biden said. "I said from the outset I wanted a campaign that represented America, and I think we did that. Now that’s what I want the administration to look like."

In her letter, Cullors reminded Biden and Harris that they both "expressed regrets regarding your record on issues impacting Black people."

She advised them to "take your direction from Black grassroots organizers that have been engaged in this work for decades, with a legacy that spans back to the first arrival of enslaved Africans."

The objective of the Black Lives Matter organization is much bigger than defunding police, according to its co-founders, Cullors, Alicia Garza and Opal Tometi.

One of Black Lives Matters' stated principles mirrors the historic collectivist objective of replacing the family with the state.

In June, the president of Black Lives Matter of Greater New York, Hawk Newsome, said in a Fox News interview, "I just want black liberation and black sovereignty, by any means necessary."