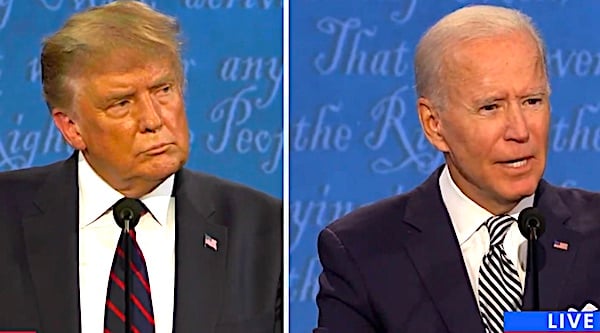 The censorship by social media and establishment news outlets of negative stories about Joe Biden and the suppression of President Trump's accomplishments may have affected the outcome of the election according to a survey.

Commission by the Media Research Center, the poll found one in six Biden voters in seven swing states said they would not have voted for the Democrat if they had been aware of one or more of the news stories presented to them.

The poll, conducted by The Polling Company, asked voters about eight news stories that "the liberal news media had failed to cover properly."

"The most basic principle of our electoral system is that our leaders are chosen by the people themselves," MRC said. "But if the people are given systematically one-sided information, with crucial facts omitted, then the real power to choose has been stolen from them."

Five of the eight stories were about Trump accomplishments that were suppressed by media.

The percentage of Biden voters who were not aware of each of the following news stories: