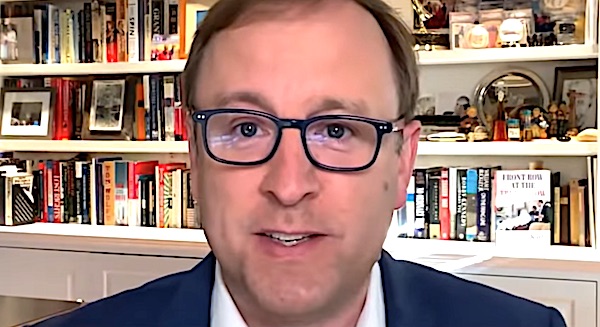 While the national news media keep warning Americans to wear masks to help reduce the spread of coronavirus, some in the news business apparently don't take that advice personally when they think the cameras are off.

On Tuesday, shortly after President Trump hailed the the Dow Jones Industrial Average surpassing the 30,000-point mark for which he credited coronavirus-vaccine breakthroughs brought about by Operation Warp Speed, Karl was seen casually removing his mask as he chatted in close proximity to others in the room.

Apparently @jonkarl believes it’s okay to remove his face mask when he thinks the cameras are off. pic.twitter.com/bM3oEaB0Wm

Rumble.com noted: "This is the last thing Jon Karl wants you to see."

Fox News media reporter Joseph Wulfsohn explained: "Karl has been quick to shame those who have not worn masks on White House grounds. In September, the ABC News correspondent suggested that reporting from an indoor Trump rally during the pandemic is as dangerous or more dangerous for reporters and their families than covering a war."

"This is not like embedding with the Marines in Fallujah," Karl told National Journal. It is like you are taking your family with you to Fallujah."

Others piled on Karl's apparent hypocrisy.

"It's all for show," said Townhall senior writer Julio Rosas.

It's all for show. pic.twitter.com/yDk3zJ2iLF