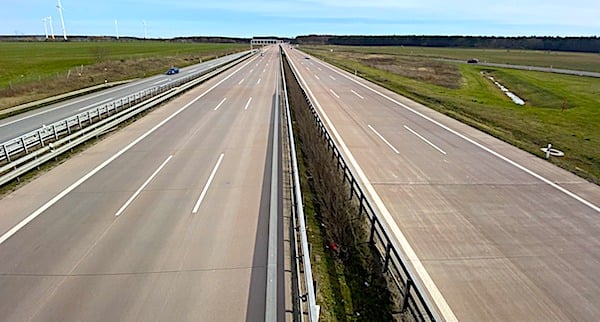 A New York Times columnist recently said he hoped people moved to Georgia to vote for Democrats in the upcoming Senate runoff elections.

But is that legal?

“It is a felony to vote in Georgia if you are not a resident of Georgia with no intention of leaving and is punishable by up to 10 years in jail and a $100,000 fine,” Republican Secretary of State Brad Raffensperger said Friday. He also vowed to prosecute those who do so and said it constitutes voter fraud.

“If you illegally participate in our elections, you might be spending a lot more time in Georgia than you planned,” Raffensperger added, according to local Georgia outlet WDEF.

On Nov. 9, New York Times columnist Thomas Friedman said on CNN that he hopes “everybody moves to Georgia … in the next month or two, registers to vote, and votes for these two Democratic [senate challengers].”

Former presidential candidate Andrew Yang said Friday that he was heading to Georgia, but “to get out the vote, canvas, knock on doors and let people know how important the special senate races are.”

To be clear I am heading to Georgia to get out the vote, canvas, knock on doors and let people know how important the special Senate races are. I do not plan on voting myself – I already cast a vote in NY. On to Georgia!

Georgia is the only state where a Senate candidate must receive over 50% of the vote to avoid a runoff, which neither candidate was able to do.

Perdue came close, finishing with 49.7% of the vote. In her own race, Loeffler finished second among over 20 candidates with 25.9%.

Though Republicans have historically done well in Georgia’s statewide elections, the once-reliably red state has become purple. In 2018, Democrat Stacey Abrams lost her gubernatorial bid by only 55,000 votes and has since led a statewide voter registration effort that has added approximately 800,000 new voters.

Additionally, President-elect Joe Biden flipped the state by a narrow 14,000 vote margin, becoming the first Democrat to do so since former President Bill Clinton in 1992.