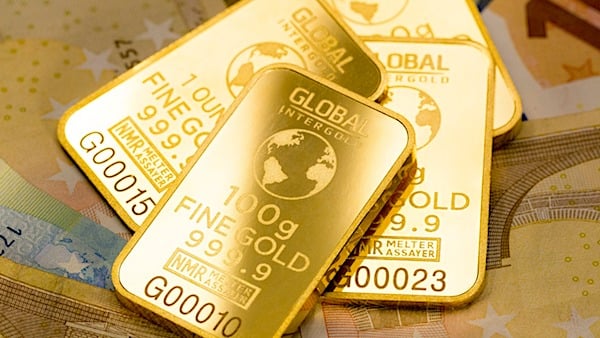 An Indiana woman was sentenced to 6 and a half years in prison for smuggling tens of thousands of dollars worth of cash and gold from the U.S. to support ISIS, the Department of Justice announced Monday.

Samantha Marie Elhassani, formerly Samantha Sally, was sentenced to 78 months in prison and three years of supervised release, according to the Department of Justice (DOJ). Elhassani pleaded guilty to pleading guilty to financially supporting terrorism, the DOJ announced.

“As Elhassani admitted, she made multiple trips to Hong Kong to smuggle tens of thousands in cash and gold, knowing that the funds would be used to support ISIS in Syria,” Assistant General for National Security John Demers said in a press release.

Elhassani melted down the gold to look like jewelry, and failed to declare the cash to customs officials, according to the DOJ.

“We repatriated Elhassani from Syria because every nation is responsible for holding its citizens accountable and addressing the future threat they may pose. We will not stop,” Demers added.

Former Elkhart, Indiana Resident Sentenced To Over Six Years In Prison – For Financing Of Terrorismhttps://t.co/ZgQgMNAonG

Elhassani’s husband and brother in law discussed traveling to Syria to join ISIS in November 2014, according to the DOJ. She helped the men by transporting over $30,000 in cash and gold to a safe deposit box in China so that the men could financially support ISIS.

Elhassani took her seven-year-old son and her two-year-old daughter through Istanbul, Turkey, to an ISIS-controlled area of Syria around June 2015, according to the DOJ. She acquired rifle scopes, image-stabilized binoculars, and other tactical gear in Hong Kong before their trip to Syria.

“Adding to her betrayal, Ms. Elhassani willfully chose to put her young children’s lives at risk through her selfish actions, exposing them to an atmosphere of violence and hatred,” FBI Special Agent in Charge Paul Keenan said, according to the DOJ.

“She knew exactly what she was doing and why. She was an active participant in this heinous activity and is now facing the consequences,” Keenan added.

Elhassani and her children were taken into U.S. law enforcement custody from the Syrian Democratic Forces in July 2018, according to the DOJ.