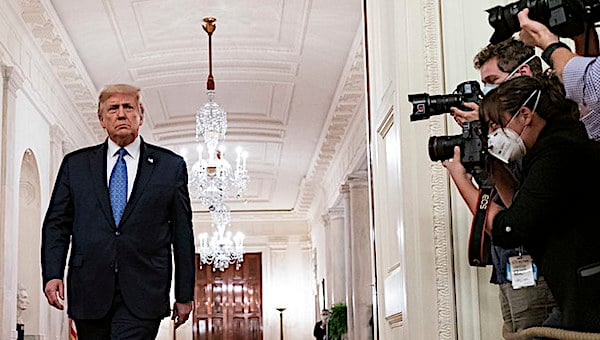 WND is currently under greater attack than ever by Big Tech, which wants to destroy the internet’s oldest independent news website.

But we have a solution.

First, a few of the latest assaults:

Other examples abound but you get the idea.

Fortunately, although Big Tech, Big Advertising and Big Media are all “canceling” WND in every way imaginable, there is one more “Big” thing that has NOT suppressed, canceled and de-platformed us. And that’s you, WND’s Big Readership.

With so many powerful forces trying to take us down, WND is turning to our loyal readers to partner with us in various ways. We’ve been moving in this direction for a while – and you have been responding, especially with your generous donations, your subscriptions to our terrific monthly Whistleblower magazine and purchases from our online store.

You can now become a “WND Insider” and read your favorite news site ad-free! Yes, you read that right! What’s more, depending on which level of WND Insider you choose, you will receive other great benefits, including our unique “WND: A Free Press for a Free People” mug, as well as generous store discounts and more.

For those who may be somewhat new to WorldNetDaily (WND): Since 1997, before almost all other online news sites even existed, WND has provided a desperately needed counterbalance to the one-sided, dishonest and ever more unhinged fake news media. WND is staffed by veteran professional journalists who, unlike most of today’s media, are unapologetically Christian, pro-American and pro-Constitution. In the last two decades, we have broken many huge stories, defended the Constitution, championed Americans’ God-given rights, boldly upheld the sanctity of life, exposed corruption and abuse, and endeavored to fulfill the Founding Fathers’ notion of a truly free press.

Today, with freedom of speech and the press under fierce and unprecedented assault by the Left, it is crucial that WND’s loyal readers, who appreciate and value our work, join with us so that we can continue to do the crucial job of a free press. Please help us – so we can help you.

WND News Services
These reports are produced by another news agency, and the editors of WND believe you'll find it of interest.
New ethnic-studies mandate: Turn students into 'agents of change'
Harvard activists want restrictions on Trump alumni teaching, speaking on campus
S&P 500 rises 1% to a record closing high to kick off December
'Treasonous' enemies within: 3-star general pushes Trump to use emergency powers
'Bethlehem is dead': Birthplace of Jesus absent of pilgrims in 2020
See more...