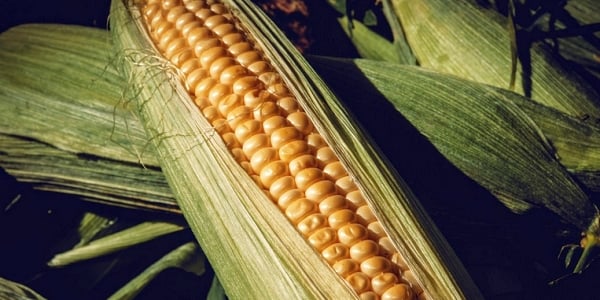 The other day I was filling up my twelve-year-old car at the gas station, and after returning the hose to the pumping unit, swore loudly. I had made a terrible mistake...

I had accidentally filled my car's gas tank with E-15.

E-15 is only available at about 2 to 3% of gas stations in the United States, so for those unaware, it means that 15% of the fuel is composed of ethanol. Ethanol is ethyl alcohol. Produced by the fermentation of sugars, the chemical compound is found in antiseptics, liquors, and fuels, amongst many other places.

So why do we put ethanol in cars? It all started in the name of energy independence...

The first subsidy for ethanol as fuel arrived under the Carter administration when Americans, shocked by turbulent, rising oil prices, grasped at straws, or more specifically, corn stalks, seeking to cushion the blow. But ethanol's boom truly arrived thirty years later with the passage of the Renewable Fuel Standard program, requiring a small percentage of "renewable" biofuels – almost always corn ethanol – to make up a small proportion of conventional gasoline in transportation fuels, usually about ten percent.

Fifteen years after the program's inception, it's becoming apparent that corn ethanol has been a failure for everyone except corn growers. For starters, it has driven up the price of corn. Again, that's great for corn farmers and corn-growing states like Iowa, Illinois, Nebraska, and Minnesota, but not so great for consumers across the country. Whether its for feeding livestock, distilling sugars, or making food products, corn goes in to much of the stuff we eat, so when its price goes up because of ethanol, food prices increase for all Americans.

"The ethanol program functions as a hidden food tax—the most regressive of all taxes," Mario Loyola, a senior fellow at the Competitive Enterprise Institute, wrote for The Atlantic last year. "And the effects on poor Americans are magnified for poor countries that depend on imports of food."

Ethanol's government-mandated grasp on agriculture is best exemplified with a startling statistic: "In the United States, the cultivation of corn for ethanol now requires a staggering 38 million acres of land—an area larger than the state of Illinois. By comparison, the total area of cropland used to produce grains and vegetables that humans eat is only about twice that acreage," Loyola wrote.

This might not be that big of a problem if corn ethanol were actually beneficial for the environment. While the U.S. Department of Agriculture insists that it is, reducing greenhouse gas emissions by an average of 21% compared to gasoline, other analyses from independent scientists paint a murkier picture. A 2016 study by scientists at the University of Michigan Energy Institute found that corn ethanol is actually more carbon intensive. Another study found that boosting corn ethanol reduces the price of gasoline, making consumers drive more, and thus pollute more.

"The fuel rebound effect is so strong, and the climate benefits of the biofuels are so small, especially for corn ethanol, that emissions increase," said Jason Hill, an energy and sustainability researcher at the University of Minnesota.

Adding insult to evidence-based injury against corn ethanol is the fact that it's not even needed for American energy independence. The U.S. oil boom over the past ten years coupled with rising fuel efficiency standards have put the country in one of its strongest positions ever in that regard.

So, again, corn ethanol seems to have little effective use, yet currently claims an area of land larger than the state of Illinois for its production.

With his mind on the future of Earth and humanity, Tim Searchinger, Senior Fellow and Technical Director at the World Resources Institute, says that's madness.

"We have to produce 50 percent more food without clearing more land. And now somebody says: Here's what I want to do; I want to take the most productive cropland in the world and I'm going to use it for a little bit of greenhouse gas reductions," Searchinger told Inside Climate News.

But despite the considerable case against corn ethanol, we're likely going to be stuck with it for at least a while longer. No politician wants to alter a status quo that monetarily affects so many farmers. Moreover, ethanol actually increases gasoline's octane rating, which in turn makes it so the fuel doesn't burn too soon inside engines. Because ethanol is presently so cheap, a result of government subsidies and regulation, the oil refining industry is happy to put it in its fuels in place of more expensive additives.

I, on the other hand, am still not happy about putting it in my car.