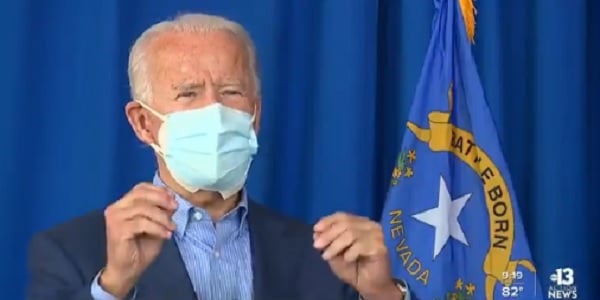 Biden, he noted, has selected Richard Stengel to take the "team lead" position on the U.S. Agency for Global Media, which includes Voice of America, the Middle East Broadcasting Networks and Radio Free Europe-Radio Liberty.

Turley described Stengel as "one of the most controversial figures calling for censorship and speech controls."

"For a president-elect who just called for everyone to 'hear each other,' he picked a top aide who wants to silence many," the constitutional scholar wrote.

Stengel, an Obama administration alumnus, wrote last year in a Washington Post op-ed that U.S. freedom of speech was too unfettered and that changes must be considered.

"All speech is not equal," Stengel said. "And where truth cannot drive out lies, we must add new guardrails. I’m all for protecting ‘thought that we hate,’ but not speech that incites hate."

Stengel cited two types of speech he thinks must be limited: Quran burning and circulation of "false narratives" by Russia during the 2016 election.

"Even the most sophisticated Arab diplomats that I dealt with did not understand why the First Amendment allows someone to burn a Quran," Stengel wrote. "Why, they asked me, would you ever want to protect that?It's a fair question. Yes, the First Amendment protects the ‘thought that we hate,’ but it should not protect hateful speech that can cause violence by one group against another. In an age when everyone has a megaphone, that seems like a design flaw."

Turley commented, "Since it would be difficult to select a more anti-free speech figure to address government media policy, one has to assume that Biden will continue the onslaught against this core freedom as president. "

He pointed out that in January, Biden called for greater speech controls on the internet and denounced Twitter for allowing others to speak freely.

The Democrat, Turley wrote, insisted that tolerating such views in the name of free speech is same as "propagating falsehoods they know to be false."

Biden called for companies to bar Trump views on such things as mail-in voting as an invitation for fraud.

In fact, Biden has been joined in such aggression against free speech by the likes of House Intelligence Committee Chairman Adam Schiff, who claimed for years to have secret evidence of Trump-Russia collusion only to be refuted by a special counsel probe.

Pelosi charged those who want to preserve a free speech zone are "all about making money," ignoring free speech advocates who have no financial interest in the social media companies.

"Stengel however is one of the most unnerving and outspoken voices against free speech," Turley said.

"So in a nation filled with gifted people to lead the effort on government media policy and positions, Biden selected a person who rejects the very essence of free speech. Stengel promises the 'unity' of a nation silenced by government speech codes and censorship. If no one has a megaphone, free speech is no longer a problem."