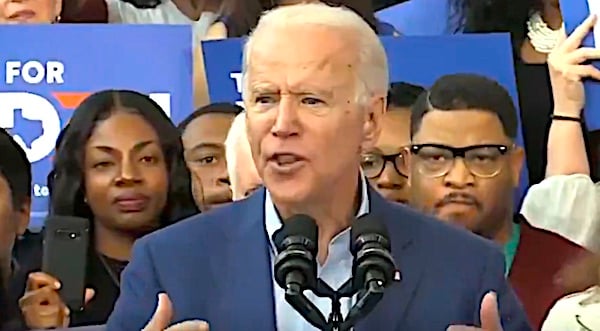 Jake Sullivan, who President-elect Joe Biden selected Monday as his national security adviser, defended the Clinton campaign’s involvement in the infamous Steele dossier well after Republicans had raised concerns about the credibility of the salacious document.

“There’s nothing about it that from my perspective is concerning,” Sullivan said in a podcast interview on Jan. 4, 2018 with CNN analyst David Axelrod.

Sullivan was a senior foreign policy adviser to Hillary Clinton when a law firm representing her campaign hired an opposition research firm to investigate Donald Trump’s possible ties to Russia. The firm, Fusion GPS, in turn hired former British spy Christopher Steele, who compiled a dossier alleging a “well-developed conspiracy of cooperation between the Trump campaign and Russian government.”

Republicans questioned the accuracy of the dossier after it was published in January 2017, and conducted an investigation that led to the revelation in October 2017 that the Clinton campaign and DNC had hired Fusion GPS and Steele.

Sullivan denied in his interview with Axelrod knowing who funded the dossier until it was publicly revealed, though he made it clear that did not disavow Steele’s report.

“I certainly don’t want my saying that I didn’t know who paid for the dossier to suggest I’m saying I want to distance myself from it. By no means am I saying that,” he told Axelrod.

“I believe that it is perfectly appropriate and responsible if we get wind, or if people associated with the campaign get wind, that there may be real questions about the connections between Donald Trump, his organization, his campaign and Russia that that be explored fully.”

The dossier came under intense scrutiny after Sullivan’s interview, as evidence has piled up undercutting Steele’s theory of Trump-Russia collusion.

Special Counsel Robert Mueller released a report in April 2019 that said there was no evidence that any Trump associates conspired with Russia to influence the election.

The report also debunked Steele’s allegation that former Trump lawyer Michael Cohen visited Prague in August 2016 to meet with Kremlin insiders to pay off Russian hackers. The report said that Cohen did not visit the Czech city.

A Justice Department inspector general’s report released in December 2019 poured more cold water on the dossier. It cited interviews that Steele’s primary source, Igor Danchenko, gave the dossier to the FBI January 2017 in which he said that he had not verified most of the allegations found in the dossier.

Sullivan said he did not see the actual dossier until BuzzFeed News published the document in January 2017, but was aware of the information Steele had collected. He also spread baseless allegations of Trump-Russia collusion during the 2016 presidential campaign.

On Oct. 31, 2016, he issued a statement touting claims from a news story that alleged that Trump’s real estate company, the Trump Organization, had a covert communications channel with Alfa Bank, Russia’s largest private bank.

The IG report said that the FBI investigated the allegation but determined that the secret channel did not exist.

One of the key sources for the story was Michael Sussmann, a partner at Perkins Coie, the firm that hired Fusion GPS on behalf of the Clinton campaign and DNC.

Steele, a former MI6 officer, testified in a lawsuit in the U.K. earlier this year that Sussmann told him in a meeting in late-July 2016 about the Alfa Bank information. Steele authored a memo that is included in the dossier that alleged that the owners of Alfa Bank had bribed Russian President Vladimir Putin.

A British judge ordered Steele in July to pay damages to the bank owners, saying that the allegations about them in the dossier were “inaccurate” and “misleading.”