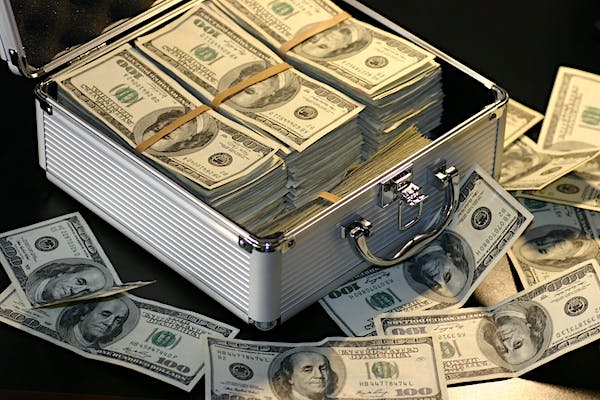 Ten local Black Lives Matter chapters issued a statement Monday accusing the movement’s national arm of providing little to no financial support to its local chapters, which are responsible for carrying out BLM’s mission.

The local chapters, including those of Washington, D.C., Chicago and Philadelphia, said in the statement that Black Lives Matter Global Network Foundation has provided no acceptable financial transparency surrounding the “unknown millions of dollars” it has reaped since its founding in 2013.

The Daily Caller News Foundation reported in June that Black Lives Matter Global Network spent $4.5 million on consultants, travel and compensation for its staff from July 2017 through June 2019 while at the same time providing only $328,000 to outside groups such as the local autonomous BLM chapters that carry out the movement’s work.

Former BLM Global Network Managing Director Kailee Scales told the DCNF in June that the figures from its fiscal sponsor’s financial statements “do not reflect, for example, the in kind support for chapters and fundraising directed to chapters and programmatic assistance to chapters.”

“That work was carried out by employees and consultants to BLM,” Scales said.

However, the local BLM chapters said Monday that “most chapters have received little to no financial support from BLMGN since the launch in 2013.”

“For years there has been inquiry regarding the financial operations of BLMGN and no acceptable process of either public or internal transparency about the unknown millions of dollars donated to BLMGN, which has certainly increased during this time of pandemic and rebellion,” the chapters said.

Despite millions being donated to the network, local chapters have lacked support & resources from national leadership. As a result, much of our local community work continues to be erased. #BlackLivesMatter #BLM10 pic.twitter.com/JdbJOP53op

BLM Global Network announced in June it was launching a $6.5 million fund to support its local chapters after having received a windfall of donations following the May 25 death of George Floyd, who died after a white police officer knelt on his neck for more than eight minutes. The group told the Associated Press in mid-June it had received more than 1.1 million donations, with the average contribution clocking in at $33.

But the local chapters said in their statement Monday that only “selected chapters” have been invited to apply for that fund, which BLM Global Network said would provide affiliated chapters with grants up to $500,000.

The statement also alleged that BLM Global Network co-founder and sole board member Patrisse Khan-Cullors recently “became Executive Director against the will of most chapters and without their knowledge.”

“We understand that these issues are not new and that some chapters left, were not acknowledged, or were pushed out of network with the community of chapters because of them,” the statement read.

The accusation that local BLM chapters are locked out of engaging in the movement’s decision-making process follows a statement from Khan-Cullors in 2018 that the local, autonomous chapters are the ones responsible for carrying out the movement’s mission.

“We have impacted the world; the Black Lives Matter Global Network, a crew of mostly young Black women and femmes challenging the culture to live up to our resilience. We evolved from a phrase, to hashtag, to a global network,” Khan-Cullors said. “This work is carried out by our chapters, whose leadership spans across the country and the globe.”

Another BLM co-founder, Opal Tometi, told The New Yorker in early June that the affiliated BLM chapters “are the ones leading” the movement.

“It has always been somewhat decentralized,” Tometi said. “We have tried various structures, but we have always said the power goes on in the local chapter because they know what is going on, and they are the ones familiar with the terrain.”

The local BLM chapters urged supporters of their movement to “donate directly to chapters, who represent the frontline of Black Lives Matter.”

BLM Global Network did not immediately return a request for comment.