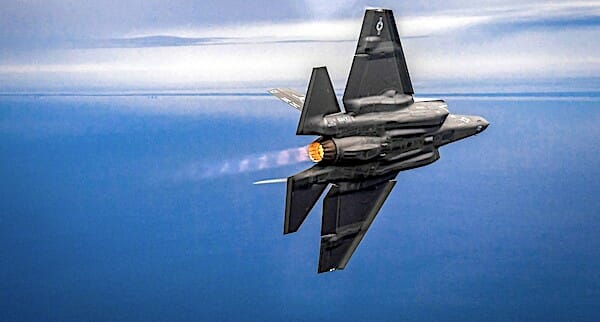 Congress is poised to clash over the proposed sale of military hardware, including state-of-the-art jets, to Arab nations that have reached peace agreements with Israel.

The Trump administration's historic peace agreements between the Bahrain, United Arab Emirates and Sudan, and Israel have opened the door to deals with the Jewish state's longtime enemies.

The U.S. has supplied its closest ally in the Middle East with military hardware to give the Jewish state a "qualitative military edge" over its neighbors.

But now the Congressional Research Service, which provides policy analysis to lawmakers, is reviewing a proposal to sell F-35 jets to the United Arab Emirates.

"For a sale of an advanced system like the F-35 to a Middle Eastern state, there are tradeoffs. While Emirati possession of the F-35 would likely deepen its partnership with the United States, it also would possibly trigger purchase requests from other regional players," CRS said.

"While successive administrations and Congress have, on occasion, initially conditioned the capabilities of advanced U.S. aircraft sold to Middle Eastern operators, in many cases, those operators eventually have received upgrades to those capabilities. Over time, as recipients of advanced U.S. defense equipment grow more capable and independent, one challenge for Congress may be to sustain oversight post sale.

"Congressional attention could help ensure that end-use monitoring is carried out in accordance with U.S. law and recipient nations are adhering to the terms and conditions of a purchase agreement."

Yet another concern is a potential regional arms race.

"Should the United States approve the sale of the F-35 and other technologies to the UAE, the sale conceivably could trigger other Middle Eastern governments to increase their expenditures on advanced weaponry, either from the United States or other foreign suppliers, such as France, Russia and China," the report warned. "Some previous U.S. sales of advanced equipment have led U.S. partners to seek parity with other regional militaries.

"Acquiring the F-35 would represent a significant increase in the military capability of an Arab state. Some argue that, as a result, other Arab states may request to purchase the F-35 in order to keep their close defense relationship with the United States on equal footing."