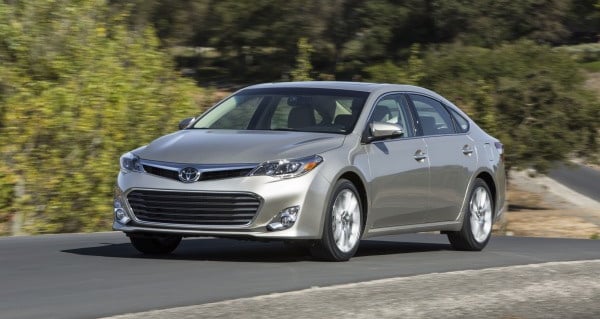 A federal appeals court has been asked to review a ruling by a three-judge panel that allowed a police department to confiscate the car of an innocent citizen and and keep it for three years without compensation.

A brief filed by the Rutherford Institute to 6th U.S. Circuit Court of Appeals argues the victim, Stephen Nichols, was targeted by a "policing for profit" scheme carried out by local authorities across the nation.

"These 'policing for profit' asset forfeiture schemes are just a new, twisted form of guilt by association. Only it's not the citizenry being accused of wrongdoing, just their money," said constitutional attorney John W. Whitehead, president of the institute.

"What this adds up to is a paradigm in which Americans no longer have to be guilty to be stripped of their property, rights and liberties. All you have to be is in possession of something the government wants. Motorists have been particularly vulnerable to this modern-day form of highway robbery."

In a brief asking for a review by the full court, the institute said various schemes implemented by police and prosecutors deprive people of homes, cars and cash, and then "extract extortionate 'settlements' that allow citizens to keep their property – at a price."

Rutherford is asking the court to allow Nichols to recover damages for the confiscation of his car, a Toyota Avalon. Authorities kept the car for a full year and a half after deciding there was no case under which they could legally confiscate the car.

Authorities wanted negotiations over the release of the car, apparently seeking payment, even though they had decided there was no case, the institute's brief pointed out.

It's but one of many cases nationwide, Rutherford said, showing "the injustice that results from civil asset forfeiture laws that incentivize prolonged detention of seized property in the absence of evidence that the property owner had broken any laws."

Officers seized Nichols car in 2015 during a stop when a random computer check indicated an anomaly with the car's insurance.

Nichols wasn't charged, but officers took the car and forced him to file a $250 bond in order to contest the forfeiture.

Prosecutors then took no action for three years.

The facts, the institute's filing said, "demonstrate that it is yet another example of the injustice that results from agency policies that incentivize prolonged detention of seized property, undermining the majority's conclusion that Mr. Nichols did not properly plead municipal liability."

Rutherford said it long has raised concerns about the rising number of "civil forfeiture schemes like the one here."

"Once the government seizes valuable property — anything from a person’s house, life savings, or, as in this case, car — it naturally holds massive leverage over the property owner. That leverage makes it possible to extract extortionate settlement agreements. Facing the prospect of years of litigation, unpredictable chances of success, and a steep resource imbalance, many owners — even innocent ones — conclude that the economically rational thing to do is let the government take some or all of their property. This perverse incentive structure of forfeiture schemes produces predictable results. A 2014 investigation by the Washington Post identified over a thousand cases of property owners being forced to sign settlement agreements to recover money seized by the federal government," Rutherford said.

Significantly, the brief explains, Wayne County "admits that it decided not to proceed with a forfeiture in 'September/October 2015.' Roughly a year and half after it made that decision … Wayne County attempted to set a meeting with Nichols' counsel 'to discuss the merits of the case.'"

"But by Wayne County's own lights, there were no merits to discuss. It didn't need a meeting to release Mr. Nichols' property. It could have, as it later did, simply notified him in writing."

The only reason for requesting a meeting was "to extract concessions from Mr. Nichols via a settlement agreement."