To understand what is happening in Georgia right now with the 2020 election, one must first understand the history of how Georgia became a target for the Democrats. Georgia has not been a consistently deep red state in the way that others like Utah or Oklahoma are. It is, after all, the birthplace of Jimmy Carter and the second home of Franklin Delano Roosevelt. Still, Georgia is an example of how the Democrats have used a state's conservative, pro-business policies against it. Georgia is the model for turning Texas, Florida, Arizona and North Carolina into consistently blue states, which would guarantee that a Republican will never be elected president again.

The most notable case study to demonstrate Georgia politics can be found in the legendary Zell Miller. Miller was a part of the "new Democrat" movement that sought to shake off the old segregationists and tax-and-spend liberals to carve a different path. As governor, Miller was popular across party lines. In 2000, Miller's successor as governor appointed him to fill the Senate seat that was vacated following the death of Paul Coverdell. I told people at the time that Miller was going to get to Washington and feel lost on the Democratic side of the aisle. I was right. Miller became a staunch ally for Republicans, though he never officially switched parties. Miller was an avatar for Georgia politics. He was a Democrat whose party abandoned him, and he found his political allies in the Republicans.

When the national Democrats moved left, they lost Georgia, but it remained tantalizingly ripe for a Democratic resurgence. The answer was to drag Georgia to the left by surgically implanting a piece of California inside of it using its own pro-business, conservative policies against it.

In 2005, Georgia made an aggressive play for movie and television productions to be made in Georgia. Many productions had left Hollywood and New York for greener pastures because of high tax rates and onerous union regulations. The Georgia Entertainment Industry Investment Act offered lucrative incentives to lure productions to Georgia. Tax credits of 20-30% of production costs were offered. By 2015, these credits came to $504 million dollars annually. Footing the bill for 30% seemed a small price for the economic impact accompanying a full-scale Hollywood production. On paper, it was a real coup for Georgia. In 2020, Georgia was ranked No. 1 in film production.

The influence of Hollywood on Georgia has become undeniable. Georgia has grown more prominent on the national stage in recent elections, and the gap between the parties has been steadily narrowing. That came to a head in 2018 when Republican Brian Kemp eked out a victory over Democrat Stacey Abrams, 50.2% to 48.8%. Abrams became something of a celebrity among Democrats nationwide. She held star-studded campaign events with Oprah, Michael B. Jordan, Mark Ruffalo, Common, Will Ferrell and others. Ferrell's wife was even in on it, telling the Hollywood Reporter that she and Will, "keep asking … how can we help? What can we do locally being in California?" The Georgia Democratic Party even tweeted out a photo of Will Ferrell going door-to-door in tiny Plains, Georgia, campaigning for Abrams.

While Abrams lost, she has not rested on her laurels. She appears determined to reshape Georgia politics with her star power and Hollywood funding. She is being credited for apparently turning Georgia blue in favor of Joe Biden, though recounts and litigation are pending. With factions on the right sniping at Kemp for his handling of the 2020 election, Abrams appears to be the early favorite to defeat Kemp in his 2022 reelection bid.

Georgia made a deal with the devil by luring Hollywood in. There may be no more morally bankrupt and depraved industry than the film and entertainment industry. It chews people up and spits them out with impunity. It abuses children indirectly by exposing them to drugs, sex and violence at early ages through television and movies, and it abuses children directly by employing them in these productions. The list of names of the people who have been destroyed is staggeringly long and heartbreaking. If there is any industry that can be considered the spearhead for evil in our country, it is the entertainment industry. There is no low that is too low for Hollywood, and there is no end to the depravity.

Any other industry with the body count of Hollywood would have been shut down decades ago, but in America, we celebrate the denizens of Hollywood and treat them as our moral betters. We invited egomaniacal, attention-seeking, leftist zealots to the state knowing exactly who they are. Georgia sold its long, proud history to the likes of Harvey Weinstein. Hollywood's values are not those of the great state of Georgia, but Pandora's box has been opened, and the star power has been unleashed. Thus, it should not be surprising when Stone Mountain is erased and Confederate graves destroyed.

Until Georgia rids itself of the Hollywood influence by rescinding the tax credits for the film industry, you can expect it to continue tilting to the left. Soon, people in Brunswick, Leesburg, Dublin, Lizella and the rest will be at the mercy of the Hollywood elite. 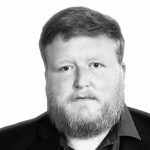