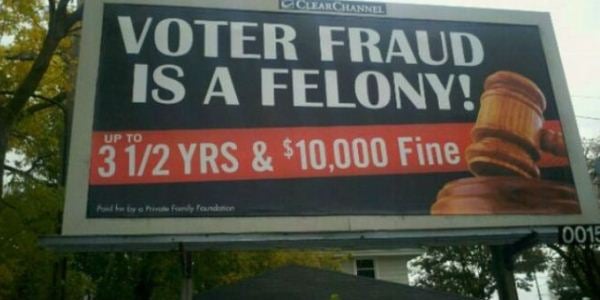 Amid allegations of vote fraud in the 2020 presidential election, the Department of Justice has opened an investigation in response to a formal complaint

"We expect that number to grow substantially," the Nevada GOP said on Twitter. "Thousands of individuals have been identified who appear to have violated the law by casting ballots after they moved from NV."

A lawyer for the Trump campaign said voters were cross-referenced with the National Change of Address database and it was learned that many had received and returned mailed ballots even though they no longer were eligible to vote in Nevada.

"Voter fraud is a serious federal felony, one that cuts to the heart of representative democracy," the lawyer told Fox News. "We understand that these are serious allegations and we do not make them lightly."

Our lawyers just sent a criminal referral to AG Barr regarding at least 3,062 instances of voter fraud. We expect that number to grow substantially. Thousands of individuals have been identified who appear to have violated the law by casting ballots after they moved from NV.

Father of a 17 yo who registered & received ballot thankfully contacted county re: his ineligibility…

The evidence includes a photo of a mail-in ballot from Washoe County accompanied by a caption that claimed four mail-in ballots were cast by voters under age 18.

The father of a 17-year-old who received ballot contacted the county regarding his ineligibility, the Nevada GOP said.

And two people that the names of their deceased relatives were used to cast ballots.

"This should outrage all Nevadans," the Nevada GOP said.

In Nevada, election officials have been ordered to count ballots until next week, if they were postmarked by Election Day. Late Thursday officials said they still had about 200,000 in hand, mostly from the mail, to count, and an unknown number that might come in.

Nevada Gov. Steve Sisolak, a Democrat, said his state is "widely recognized as being a leader in election administration."

Prior to the election, President Trump warned repeatedly that mail-in voting was subject to fraud as Democrats expanded it, arguing it was necessary because of the coronavirus pandemic.