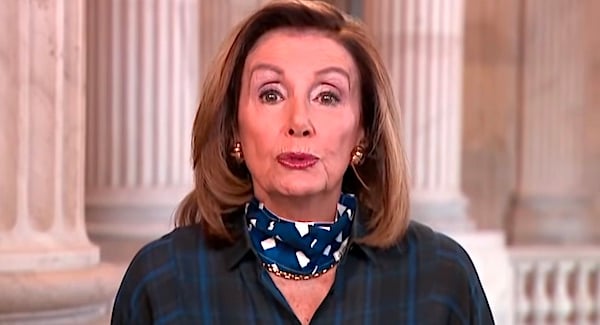 Democratic joy at defeating Donald Trump was partially dulled by the simultaneous diminishment of the party’s House majority. As of Sunday at least 11 Democratic-held House seats have been lost to Republicans (while Democrats have flipped three others). That’s the biggest net loss in a presidential election year by the winning presidential candidate’s party in 60 years.

The unexpected divergence in the two results sparked a round of reciprocal recriminations between the House Democratic caucus’ moderate and left-wing factions. Moderates blamed the “defund the police” sloganeering and “socialist” branding from Rep. Alexandria Ocasio-Cortez and her supporters, which Republicans deployed in swing district attack ads. Ocasio-Cortez shot back by claiming moderate incumbents ran musty campaigns with minimal investment in digital media.

Who’s right? Who deserves the lion’s share of the blame?

Before answering, let’s first challenge the premise that there is lots of blame to go around. If Democrats lost voters they could have and should have won, that would be cause for affixing blame. But if Republicans showed up in big numbers, there’s not much Democrats can do about that.

Considering 2020 produced the largest eligible-voter turnout percentage (66.4%) in 120 years, one can reasonably conclude that both parties did all they could to motivate their bases. For any Democrat trying to win on Republican turf, a high turnout election produces a stiff headwind.

And since Democrats had such a great 2018 midterm election, they were fighting on a lot of Republican turf. They were tenuously defending 30 House seats in districts Trump won in 2016, 16 of which were also won by Mitt Romney in 2012.

With that history in mind, Democrats shouldn’t beat themselves up too badly over a net loss of at least eight seats. They should take pride in holding on to at least 21 of those hard-fought 30 seats in Trump ’16 districts.

Democrats limited their losses in Trump-won districts despite an election that featured minimal ticket-splitting. Nearly all of the Democratic Senate candidates in competitive races earned a vote share within 2.5 percentage points of Biden’s performance in their states. Only Maine’s Susan Collins, a Republican incumbent who touts her bipartisanship, won in a state that voted for the opposite party’s presidential candidate.

Data for presidential candidate performance by congressional district is not as readily available. But I was able to piece together data in six of the districts where Democrats lost seats. Most were Trump-won districts in which the Democratic candidate was a one-term incumbent. In those, the Republican challenger earned a bit fewer votes than Donald Trump, and the Democrat earned a bit more than Joe Biden. That suggests the Democrats ran decent races, but couldn’t overcome the GOP tilt of their districts during a presidential election year in which Republican turnout was robust.

The outsized attention given to one-term congresswoman, and self-described socialist, Ocasio-Cortez created an impression that she is a party leader, and made it easier for Republicans to tar Democrats with the “socialist” slur. That clearly helped Republicans poach two Hillary Clinton-won districts in the Miami area, where many Cuban- and Venezuelan-Americans who revile socialism reside. Republicans cannily ran ads accusing the two Democratic first-termers — Debbie Mucarsel-Powell in FL-26 and Donna Shalala in FL-27 — of being socialists.

Riding that anti-socialist tide, Trump also improved mightily in both districts, flipping the 26th and dramatically narrowing his margin in the 27th, buoying the Republican House candidates. Plus, both of the winning Republican candidates are Cuban-Americans, unlike the Democratic incumbents, and that probably helped as well.

(Two other Republican upsets — in California’s Clinton-won 39th and 48th  districts — were likely aided by the GOP’s nomination of Asian-American candidates in areas with large Asian-American populations.)

But while the moderates have openly complained about getting dragged down by sloganeering popularized by Ocasio-Cortez and her “Squad,” they need to take responsibility for failing to sharply define themselves. Ocasio-Cortez’s claim that they needed more digital media to do so seems off the mark — no one is crediting Joe Biden’s facility with TikTok for his victory. But certainly if the defeated Democrats were to defy political gravity, withstand a Republican turnout surge, and repel negative attacks, they needed to better distinguish themselves from the far left, as well as the national party.

Shalala made an unforced error when she called herself in an October TV interview a “pragmatic socialist,” which her opponent gleefully used in a late attack ad. Shalala clearly misspoke; in the same interview she said, “I’m as far from being a socialist as anyone that you’ll ever meet. I’m a capitalist.” But while it was disingenuous for her opponent to use the truncated clip, if Shalala had a deeper connection with her district, the attack wouldn’t have stuck so easily.

In other, more Republican/Trump-friendly districts, first-term Democrats such as Xochitl Torres Small of New Mexico’s 2nd, Ben McAdams of Utah’s 4th and Kendra Horn of Oklahoma’s 5th were hammered with ads noting they voted with Speaker Nancy Pelosi around 90% of the time. Since these Democrats can’t win in presidential election years without ticket-splitters, such partisan loyalty can have consequences.

Swing district representatives need to work extra hard to establish individual reputations that separate themselves from the national party. The simplest way to do that is to periodically vote against the party’s wishes. If they didn’t break ranks enough, or if they didn’t call enough attention to the times when they did, they shouldn’t be surprised if they get yoked to Pelosi and Ocasio-Cortez.

Nevertheless, considering the amount of party loyalty Pelosi demanded, and received, from her caucus, one can interpret the Democrats’ retaining of the majority as an impressive success. They won the national House popular vote, and they kept most of the seats previously claimed in Trump-majority districts. The party’s brand can’t be all that toxic.

At the same time, the perception of the Democrats as socialistic thwarted their desire to expand their reach. As a result, Republicans are now within spitting distance of regaining House control in 2022.

There are two ways for the surviving-yet-still-vulnerable Democratic House members to inoculate themselves from future “socialist” attacks. One is to reach across the aisle and get their names on some bipartisan legislation that reaches President Biden’s desk. The other is to run afoul of Pelosi and help block some partisan legislation from clearing the House.

The former would be better for the country, but requires cooperative Republicans. The latter raises the specter of gridlock and dysfunction, but needs no Republicans to execute.

WND News Services
These reports are produced by another news agency, and the editors of WND believe you'll find it of interest.
China's 'chokehold' on rare-earth mineral supplies targeted
Muslim man booted from Temple Mount from after being confused for a Jew
What Americans lost when the secret ballot was abandoned
Pseudoscience being sold on Amazon
Incredible: Man abducted as a child finds mom through hand-drawn map he posted online
See more...