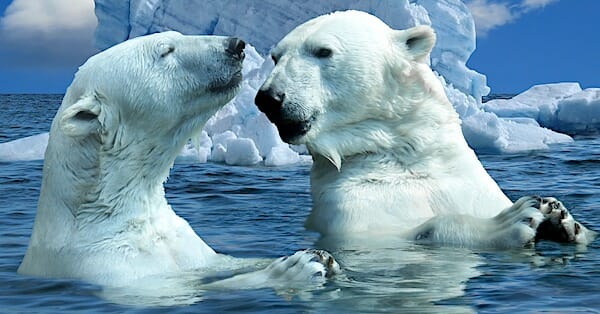 As of this writing, and depending on where you sit, either Joseph R. Biden is president-elect of the United States or the results of the 2020 election are still pending a series of recounts and court decisions. One thing is certain: from the earliest days of his campaign, the Democratic candidate made it clear that addressing climate change in general, and reversing a number of the Trump administration’s moves in particular, would be immediate priorities.

The Trump Administration and Climate Change

From an environmental perspective, the Trump administration has focused almost exclusively on deregulation and other executive branch moves aimed at weakening the impact of policies enacted and legislation passed during his predecessors’ terms in office.

To date, the Columbia University Earth Institute at Columbia Law School is tracking approximately 100 deregulatory actions taken by the Trump administration. Among other moves, the administration proposed and implemented substantial changes to regulations stemming from the National Environment Policy Act, made efforts to roll back auto-emission standards, and announced its intention to withdraw the United States from the Paris Agreement. The administration also sought to end and reverse action related to former President Barack Obama’s Clean Power Plan, rescind new-source performance standards for methane pollution at oil and gas sites, and overhaul cost/benefit analyses performed under the Clean Air Act.

The Trump administration made it clear during the campaign that this deregulation agenda would continue – and expand – in a second term. Barring a change in the current 2020 election results (currently being certified by the states), however, such continuation seems unlikely.

Biden Campaign Lays Out Its Priorities

Before the 2020 election campaign, Joe Biden was seen as a moderate on issues relating to the oil and gas and traditional-energy industries. As his campaign progressed, Biden attempted to walk a fine line between the demands of the Democratic activists who drafted the Green New Deal and the concerns of meat-and-potatoes voters, many of whom continue to work in these industries, particularly in all-important electoral swing states. That said, on climate change policy Biden has taken steps toward the progressive wing of the Democratic Party, which itself has swung further left on environmental issues.

As part of his campaign platform, Biden released “The Biden Plan to Build a Modern, Sustainable Infrastructure and an Equitable Clean Energy Future.” Although less ambitious than the Green New Deal and somewhat more aspirational than directive, the plan does offer an outline of a Biden administration’s primary goals. In addition to statements about modernizing the nation’s infrastructure, strengthening the U.S. auto industry through the use of American-made technology, advancing sustainable agriculture and conservation, and securing environmental justice and equitable economic opportunity, the plan offers a framework for how a Biden administration would address climate change:

Possible or Probable? Climate Change Actions in a Divided Washington

A Biden administration can take two paths toward enacting climate change policy: through legislation, and through executive orders and foreign policy. Though the first option is more obviously difficult, the second will not be easy, either.

Any legislative climate change action requires a certain level of cooperation and compromise in Congress – both of which have been in short supply in recent years and are unlikely to increase in the near term. With two Senate races headed toward runoffs in January 2021 and Democrats appearing to lose some of their advantage in the House of Representatives, it seems that the Congress will be narrowly divided in any case. Further, the ongoing coronavirus pandemic and its economic reverberations are likely to dominate the debate in Washington well into the next session.

Given the difficulties in obtaining consensus and the presence of urgent, competing priorities, even a Democrat-controlled Congress is unlikely to enact strong, stand-alone climate change legislation. It is more likely that economic stimulus, health care, or budget legislation will contain provisions designed to meet broader climate change goals.

Of course, Democratic legislators will not be entering the new year empty-handed or without plans.

In June 2020, the House Select Committee on the Climate Crisis released a report titled “Solving the Climate Crisis: The Congressional Action Plan for a Clean Energy Economy and a Healthy, Resilient, and Just America,” which includes many of Biden’s policy goals, including establishing a Civilian Conservation Corps and achieving net-zero emissions economy-wide in the United States by 2050. Two months later, the Senate Democrats’ Special Committee on the Climate Crisis issued a 260-page report titled “The Case for Climate Action: Building a Clean Economy for the American People.” The report outlines the legislation Democratic senators plan to pass should they retake the Senate majority in January; it, too, varies only somewhat from the Biden proposals.

While both congressional plans failed to pass this year, they highlight the types of legislation that we should expect, assuming Biden is sworn into office in January.

The second path toward enacting climate change policy has been laid out in Biden’s infrastructure and clean-energy plan. It announces proposed executive orders that would include the following:

A Biden administration is also likely to attempt to restore the U.S. role in leading the fight against climate change by recommitting to the Paris Climate Agreement and the Green Climate Fund, promoting the Kigali amendment to the Montreal Protocol, increasing pressure on China to reduce subsidies for coal exports, and pressuring Brazil and other countries with large tropical rain forests to curb deforestation.

However, as the Trump years have demonstrated, executive orders often lead immediately to litigation. Many of the executive orders signed during the past four years have been challenged in court by advocacy groups, and a significant number have been rejected by federal courts at every level. In a Biden administration, it is quite likely that the opposition will follow a similar game plan, complicating the path from executive order to regulatory implementation.

Given all the variables at play, a Biden administration will most certainly take immediate action on climate change. How quickly and to what degree such actions will make an impact on oil and gas, traditional energy, and other industries remains to be seen.

Jim Noe is a partner in Jones Walker LLP's Government Relations Practice Group and a member of the Energy, Environmental & Natural Resources Industry Team. He represents energy, oil and gas, construction, and other industry clients in a broad range of transactions and disputes.