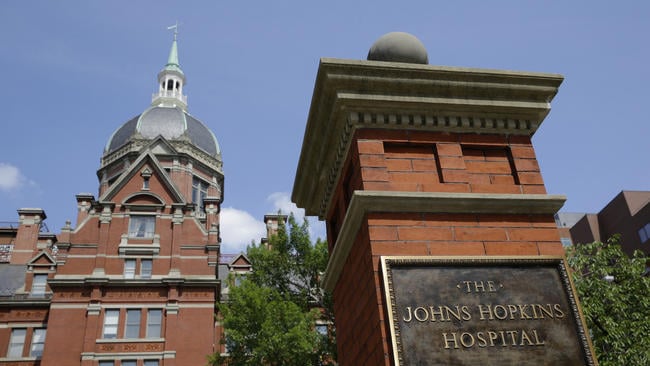 A report of a senior Johns Hopkins lecturer's analysis concluding that the coronavirus had no overall effect on the total number of deaths in the United States was retracted by the university on Thursday.

Essentially, Genevieve Briand, a longtime professor of economics and statistics, argued in a recent webinar that the virus is deadly primarily to older people with multiple underlying conditions who already were near death, meaning the overall death count has not been affected.

But an editor's note posted Friday said an article about her presentation published by the student newsletter has been "used to support dangerous inaccuracies that minimize the impact of the pandemic."

The article, the Johns Hopkins University News-Letter said, was retracted "to stop the spread of misinformation" but made available as a PDF because it's "our responsibility as journalists to provide a historical record." 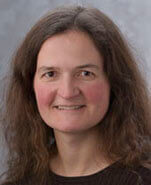 The controversial report featured Briand's webinar Nov. 11 titled "COVID-19 Deaths: A Look at U.S. Data," which was hosted by the university's Krieger School of Arts & Sciences, where she is assistant program director of the Applied Economics masters degree program.

Briand, who teaches Microeconomic Theory, Statistics and Econometrics, argued the significance of COVID-19 on U.S. deaths can be fully understood only through comparison to the number of total deaths in the country.

The CDC data showed there were 1.7 million total deaths in the United States between mid-March and mid-September, of which 200,000 are COVID-19-related. Briand examined the total deaths in each age group and the cause of death in her analysis.

"Surprisingly, the deaths of older people stayed the same before and after COVID-19," she found, according to the News-Letter report.

"Since COVID-19 mainly affects the elderly, experts expected an increase in the percentage of deaths in older age groups," the report said.

But no such increase was seen in the CDC data.

"These data analyses suggest that in contrast to most people's assumptions, the number of deaths by COVID-19 is not alarming. In fact, it has relatively no effect on deaths in the United States," the report said. "This comes as a shock to many people. How is it that the data lie so far from our perception?"

The editor's note posted Friday explained that the News-Letter is an editorially and financially independent, student-run publication and its content is not endorsed by the university or the School of Medicine.

The decision to retract the article was made "independently."

"Briand's study should not be used exclusively in understanding the impact of COVID-19, but should be taken in context with the countless other data published by Hopkins, the World Health Organization and the Centers for Disease Control and Prevention (CDC)," the editor's note said.

The note pointed out that Briand is neither a medical professional nor a disease researcher and that she said in her talk that more research and data are needed to understand the effects of COVID-19 in the U.S.

The editor's note insisted Briand's claim that death numbers in 2020 are not above normal "is incorrect and does not take into account the spike in raw death count from all causes compared to previous years."

Briand's study, the News-Letter's article and its retraction have sparked considerable debate on social media amid controversy over how COVID deaths are determined, the reliability of government data and the complexities of statistical analysis.

Overall, the CDC says, just 6% of the people counted as COVID-19 deaths died of COVID-19 alone. Those who died of coronavirus, according to the CDC, had an average of 2.6 comorbidities, meaning more than two chronic diseases along with COVID-19.

The CDC estimates more than 350,000 excess deaths this year, he points out. Many of those are due to the lockdowns, he said, but the majority are the sick and elderly.

Here's the CDC data. All-cause mortality in 2020 is 13% above expected (12% doesn't account for the reporting lag). There will be 350,000+ excess deaths this year. Many of those are lockdown deaths (including some fraction of those counted as COVID)...https://t.co/CFI8jZkpM5

Others took issue with him, contending he was misrepresenting Briand's argument.

Briand found in her analysis that there naturally was a sudden increase in deaths early in 2020 compared to previous years that was due to COVID-19.

But she also noticed a significant decrease in deaths due to heart disease and all other causes.

"This suggests, according to Briand, that the COVID-19 death toll is misleading," the report said. "Briand believes that deaths due to heart diseases, respiratory diseases, influenza and pneumonia may instead be recategorized as being due to COVID-19."

The Johns Hopkins News-Letter article noted the CDC classifies all deaths that are related to COVID-19 simply as COVID-19 deaths.

"Even patients dying from other underlying diseases but are infected with COVID-19 count as COVID-19 deaths."

It's likely "the main explanation as to why COVID-19 deaths drastically increased while deaths by all other diseases experienced a significant decrease."

Briand was asked by the Johns Hopkins News-Letter to address the question of whether COVID-19 deaths can be called misleading since the infection might have exacerbated and even led to deaths by other underlying diseases.

She said that if the COVID-19 death toll "was not misleading at all, what we should have observed is an increased number of heart attacks and increased COVID-19 numbers."

"But a decreased number of heart attacks and all the other death causes doesn't give us a choice but to point to some misclassification," Briand replied.

The News-Letter clarified: "In other words, the effect of COVID-19 on deaths in the U.S. is considered problematic only when it increases the total number of deaths or the true death burden by a significant amount in addition to the expected deaths by other causes."

"Since the crude number of total deaths by all causes before and after COVID-19 has stayed the same, one can hardly say, in Briand’s view, that COVID-19 deaths are concerning."

Briand emphasized in the interview that while COVID-19 is a serious national and global problem, people should not forget about the tragic loss of lives from other causes.