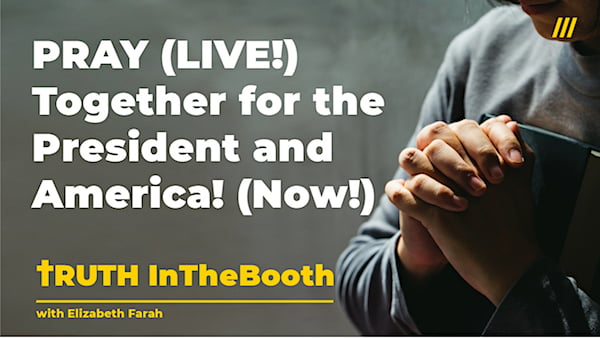 You're invited to join a prayer meeting for the 2020 election at 5 p.m. Eastern on YouTube.

So WND co-founder Elizabeth Farah has called a prayer meeting at 5 p.m. Eastern at this link.