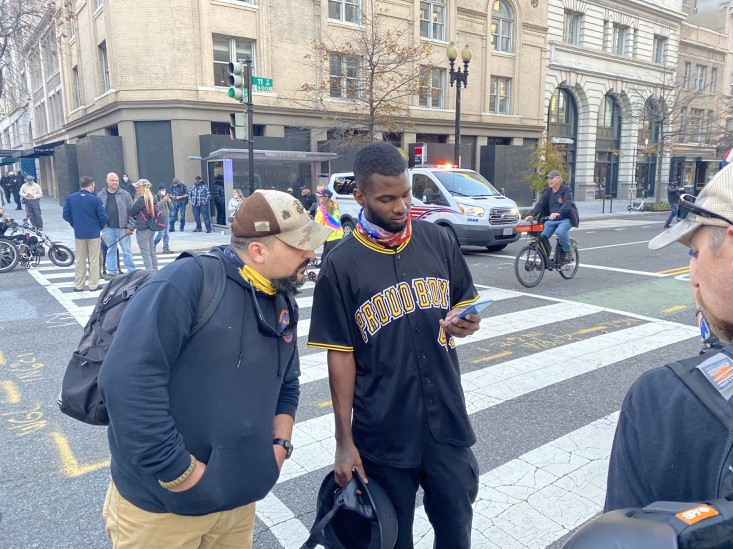 So much of my experience traveling to Washington, D.C., for the Million MAGA March last Saturday was wanting to see it with my own eyes.

And also to "cover" the event in some way.

In the process, I talked with Enrique Tarrio – the Afro-Cuban leader of Proud Boys – on camera about how his group became a lightning rod in the 2020 election.

So much of our experience in the past year – looking at poll numbers, the handling of COVID-19, or indeed the Trump presidency itself – has included the media increasingly asking you to disavow your own eyes.

What you saw or heard for yourself did not happen.

It is as if we are all Will Smith's character in the movie "Concussion," Dr. Omalu, tearfully and passionately pleading with the ones that should know better, "Tell the truth!"

Because of the media's fraud, it is a moment in history for a lot of us that seems like a good time to "show up."

With that knowledge and feeling, I left Ohio Saturday morning for the capital.

I knew I wanted to document or write about what was going on in some capacity.

It was in that vein that, when I realized I was being corralled in an area that included the Proud Boys and their leader, Enrique Tarrio, I knew there would be some interest or newsworthiness in talking to him.

One of the best-kept secrets is that the leader of the Proud Boys isn't white. Although ultimately it's trivial, it seems relevant in this time and place we find ourselves when discussing how the group became a hot-button topic linked to "white supremacy" in the 2020 presidential election.

After all, there were more questions and discussions at the first presidential debate about these guys than there were on foreign policy.

On Nov. 14, D.C. law enforcement spent most of the day actively keeping supporters of the president separated from counter protesters and members of Antifa. 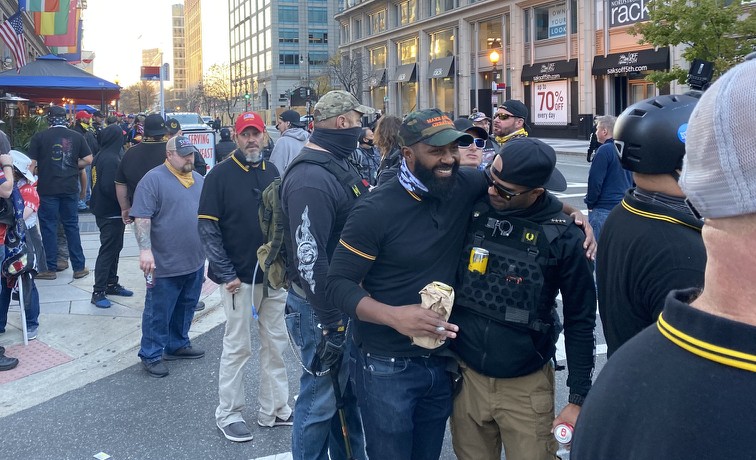 There was this funneling and redirecting going on essentially the whole time – with streets closed and different groups having certain areas.

Around 3 p.m., Antifa counter protesters were keeping people from the White House – while Trump supporters made their way to the Supreme Court or lingered in the area around Freedom Plaza, near where the main rally took place.

Tarrio and the Proud Boys were gathered a few blocks away, on 11th Street NW.

The group is recognizable in tactical gear, a black and yellow color scheme and, in some instances, prominently labeled T-shirts.

Aside from that, if your only familiarity with the group is Chris Wallace and Joe Biden teaming up to ask the president to condemn white supremacy yet again, specifically the Proud Boys, during the first debate, then there is one thing that immediately comes to your attention when you see this "white supremacist" group.

There are quite a few people of color in their ranks.

Do you appreciate WND's unfiltered hard-hitting news and commentary? Read us AD-FREE by becoming a WND Insider! Find out more.

Indeed, as I approached Tarrio, he was joking around, apparently drinking a beer and hugging a fellow group member who is black.

I spoke with Tarrio on camera about how on earth the Proud Boys came to be a focal point of this year's election.

"I think they needed a target. Antifa has been burning down cities for f–ing the past four and half years and more intensely in the past four months, and they needed a boogeyman," he said. "We're the more, I guess, mainstream conservative group, so they chose us."

Tarrio pulls no punches when asked about how the Proud Boys are portrayed or if they are misunderstood.

"We're not this violent f–ing group of guys – we're not. Can we be violent?" he asks rhetorically. "Absolutely so. Are we good at self-defense? Yes sir. But we don't – we had 250 Proud Boys on the streets today. But they didn't board up businesses because we came into town. They're boarding up businesses when the left are the ones that get together."

Tarrio explained how he handles the perception or claims they are a white supremacist or hate group.

"I'm not concerned about the people that hate us or call us white supremacists. I really don't give a s–t about them. All right? Because they're not reasonable. So I don't try to reason with them. I don't try to argue with them. I avoid them," he says, before adding, "The people that don't know who we are – or somebody that thinks that we're something but isn't 100% sure? Those people I reach out to. Because we're not a white supremacist group."

As Tarrio continued, he pointed to several of the members immediately surrounding him.

"Black, Puerto Rican," he scans the area. "I mean, we're all over the place."

Later on, a peaceful day devolved under nightfall, with videos circulating of elderly men being punched from behind, Antifa and others throwing fireworks at people dining or families and couples that were Trump supporters being attacked.

The evening appeared to end with both sides fighting in the street.

America in this moment is an America divided – and not wholly by race, gender, or creed.

There were signs or groups representing Blacks for Trump, Latinos for Trump, Women for Trump, and "Hong Kongers" for Trump at the rally.

There were those who heard and believed the poll numbers before the election, and those who looked at the rallies and general enthusiasm of the two bases and thought, "There is no way."

There were those who repeated the narrative of "peaceful protests" ceaselessly, and those who saw random storefronts torched, an innocent person beaten in the melee or a Facebook Live showing the murder of retired black police Captain David Dorn protecting a business.

There are those who seem at best oblivious to censorship and others, even worse, who are embracing it because it serves their purpose or political party. Meanwhile, on the other end of the spectrum, people are pleading for free speech and pointing to their rights being trampled.

There are those who think we had a free and fair election, and those who do not.

Those who do not showed up in Washington Saturday.

There is a feeling as a former full-time journalist and once true believer in the craft known as journalism that is heartbreaking. We must demand more from our news media.

Things are not as they seem.

CNN, Twitter, Facebook or MSNBC resemble Orwell's "Ministry of Truth" for the Democrats more than they do practitioners of objective news or open discourse.

We have become a society that puts more emphasis on labels than on reality or what plainly seems visible.

You can call yourself "Antifa" and profess to be antifascist, but if you're attacking people that think differently than you do or destroying businesses, it doesn't matter what you call your organization – or, as Joe Biden said, your "idea."

You can call yourself "woke," but if you are canceling, censoring, eliminating, or assaulting someone based on who they voted for, you are misguided. It is you who is the oppressor.

You can call the Proud Boys white supremacist, but the leader of the group and several members are black and brown. I saw them with my own eyes.

The media manipulate and lie to you.

Look around. Use your eyes.

The emperor has no clothes.

And no one wants to say it. 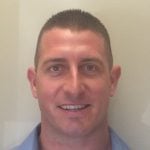